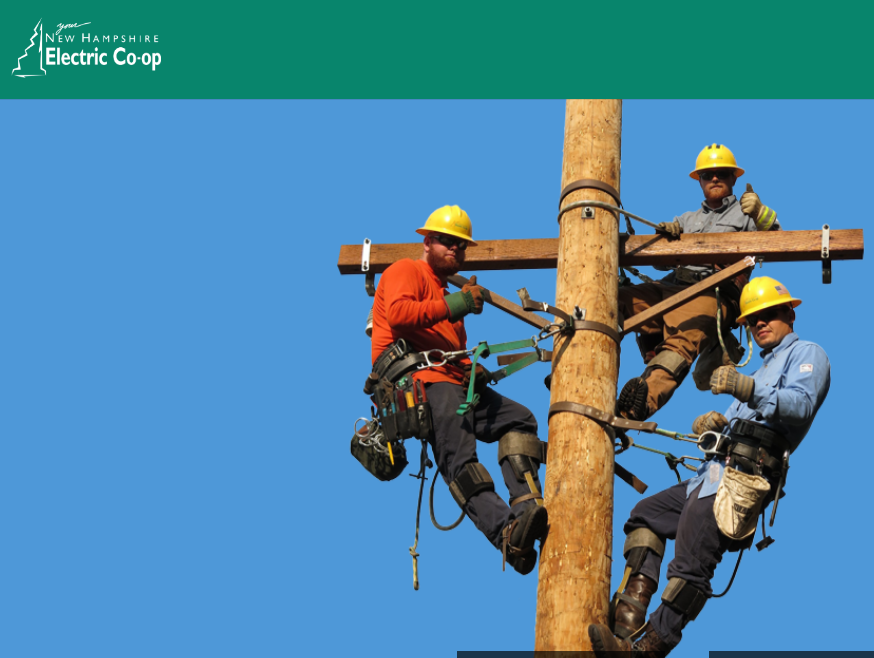 Members of the New Hampshire Electric Cooperative have given a resounding “Yes!” vote to the utility’s plans to extend fast, affordable internet service to tens of thousands of rural households and businesses that now lack it.

More than 88 percent of members gave approval to changing the Co-op’s bylaws to enable the company to invest in broadband internet infrastructure, enter into partnerships and take advantage of emerging funding opportunities to grow the new venture. At least 67 percent approval was needed for the bylaws change.

“This vote gives us confidence that our members are strongly behind the broadband initiative,” says Leo Dwyer, a NHEC board member who chairs the company’s broadband committee, established in June. “This is important because our members are the owners of the company. It means we have an effective mandate from our shareholders.”

“This is the second time in four months that Co-op members have told the board and management in no uncertain terms that they want and expect the member-owned utility to help fill the region’s painful broadband gap,” said Richard Knox, chairman of the citizen-action group, which sponsored a petition drive that put a broadband initiative on NHEC’s annual election ballot in June.

At that time the utility’s board opposed the grassroots effort. But after it drew 64.4 percent of voting members’ support – just 183 votes shy of the two-thirds needed for a bylaws change – the Co-op board reversed itself and set up a subcommittee to launch a broadband venture.

Even though the June vote failed to add “facilitating broadband” to NHEC’s charter, it sent such a strong signal that within a week the Co-op board reversed its earlier opposition to the initiative and set up a subcommittee to launch a broadband venture.

But as the Co-op’s lawyers explored the legal issues of setting up a broadband subsidiary, they discovered that changes in the corporation’s bylaws were necessary to permit the company to invest in broadband infrastructure and form strategic partnerships without asking members for approval for each decision, a cumbersome three-month process that would have hamstrung the new venture. So the board voted unanimously to call a special election to add enabling language to the Co-op’s bylaws.

The outcome of the special election, disclosed Friday shows a clear trend of increasing support for the Co-op’s broadband plans. In June, 7,880 of the utility’s 84,000 members voted – a 33 percent increase over the previous year’s annual election. In this fall’s special election, just over 10,000 voted.

That turnout was no doubt a reflection of the difficulties that NHEC members in its 115-town service area have experienced during the current pandemic. Poor, unreliable or nonexistent internet service have hampered distance learning, business and civic communications, online medical appointments and family connections at a critical time.

“The members and communities NHEC serves need access to affordable, reliable, high-speed internet,” NHEC board chairman Tom Mongeon said in releasing the special election results. The level of participation in this election is a demonstration of our members’ interest in NHEC moving forward on broadband and a sign of the Co-op’s health.”

Mongeon noted the parallel with NHEC’s provision of electric power to rural New Hampshire in 1939. “NHEC is well-positioned to provide high-speed internet to these same areas of our state,” he said.