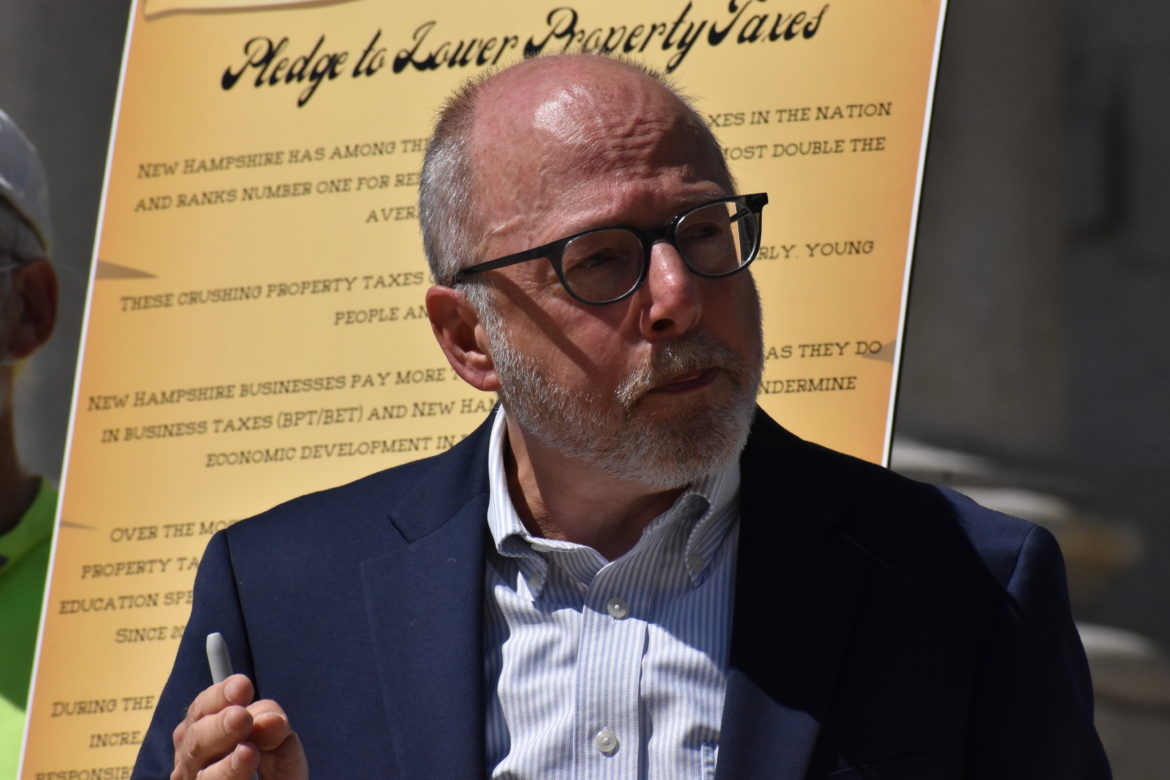 CONCORD – With some saying they were voting “reluctantly,” the Executive Council approved a contract Wednesday to enter a retroactive 10-year lease for space for the Office of Professional Licensure and Certification with 7 Eagle Square LLC, Concord.

The deal is for approximately 16,247 square feet of space in Concord through 2030 for $3,715,709. The name of the property owner wasn’t mentioned at the Executive Council meeting even after Councilor Andru Volinsky, D-Concord, asked, but Steve Duprey, one of the city’s most prominent landlords, said after the meeting that he and John Chorlian own 7 Eagle Square, LLC.

Duprey, a supporter of Republican Gov. Chris Sununu who also obtained a no-bid contract to rent his Grappone Conference Center to the state to house contact tracers during the pandemic, said his business was located at the site using 11,000 square feet and another 5,000 square feet was unrented when the state approached his business looking for a large space that they needed very quickly.

“They reached out to us and we were glad to accommodate the state,” Duprey said. It was a big disruption, he added, because his business Foxfire Property Management had to move quickly.

Duprey criticized the media for not showing that the state actually got a discount in the Grappone Center rental transaction. He said the state got a 10 to 20 percent discount on this recent one as well.

“I never talked to the governor about this and I don’t know Lori Shibinette. I never met her.  We are very grateful for the business,” Duprey said. But he was not pleased that there could be any inference that the state somehow was not getting a good deal.

At the meeting earlier in the day, some councilors raised questions about the deal.

But they were told it was part of a chain reaction prompted by a mental health boarding crisis that the state is trying to work through, which for years has meant those in need of care were being warehoused in hospital emergency rooms until a room could become available at the New Hampshire Hospital, the state’s psychiatric hospital.

The Office of Professional Licensure and Certification had to quickly move out of the state’s Philbrook building in Concord that at one time housed children with mental illness, so the state could renovate it for 16 beds of transitional housing for people moving out of New Hampshire Hospital, said Health and Human Services Commissioner Lori Shibinette.

Lindsey Courtney was confirmed at the meeting to be the new director of the Office of Professional Licensure and Certification. Courtney said the Philbrook building was also a little awkwardly spaced for the 66 people in her department and the new space is move-in ready.

Councilor Russell Prescott, R-Kingston, moved to pass the measure, but said he could not understand why others were not voting to second it.

Not approving the lease would continue a housing crisis for the mentally ill, Shibinette said, and would force the OPLC to go back to Philbrook. Attorney General Gordon MacDonald said the state needs to move forward on this as well.

During the discussion about the unusual nature of the 10-year lease, councilors were told it was because of a federal court order that required the state to take over and convert the Philbrook Center on an emergency basis, said Volinsky, who is also a candidate for governor.

He said Sununu had six weeks of talking about the Philbrook conversion. Volinsky said he remembered it coming up in the past when he interviewed Shibinette for the commissioner’s post.

“I didn’t know this was going to be on an emergency basis and the OPLC was being evicted with 30 days notice. The governor, the commissioner of Health and Human Services and the Attorney General are all in on this,” Volinsky said.

At the meeting Volinsky said he understood the Philbrook renovation “needs to happen,” but he questioned whether it was a good deal for the state to enter a 10-year lease, especially now during the COVID-19 crisis.

He said the state was paying “Class A rates when the real estate market is in huge turmoil. I don’t know who the owner of this property is but it is making the state bail out this building that is now mostly empty…and doing it for 10 years,” Volinsky said.

Councilor Michael Cryans, D-Hanover, said he thought maybe this is not the best deal.

And Councilor Gatsas, R-Manchester, also expressed concern for the deal.

But Gatsas said it seemed like, as Volinsky called it a “fait-accompli” due to the need to address the state’s mental health housing crisis.

Volinsky asked if the state could get a two-year lease.

Charlie Arlinghaus, Commissioner of Administrative Services, said Gail Rucker in his office worked on the contract.

“I feel she got a good rate,” Arlinghaus said.

He said there is no state space that will fit the entire OPLC department “without kicking someone else out.”

Rucker was given the mandate to find the large space in Concord and she did but there was not a lot of inventory for those specifications, Arlinghaus said.
And the issue of the Philbrook building, due to be completed by September, “that ship has sailed,” and OPLC could not go back there easily, Arlinghaus said.