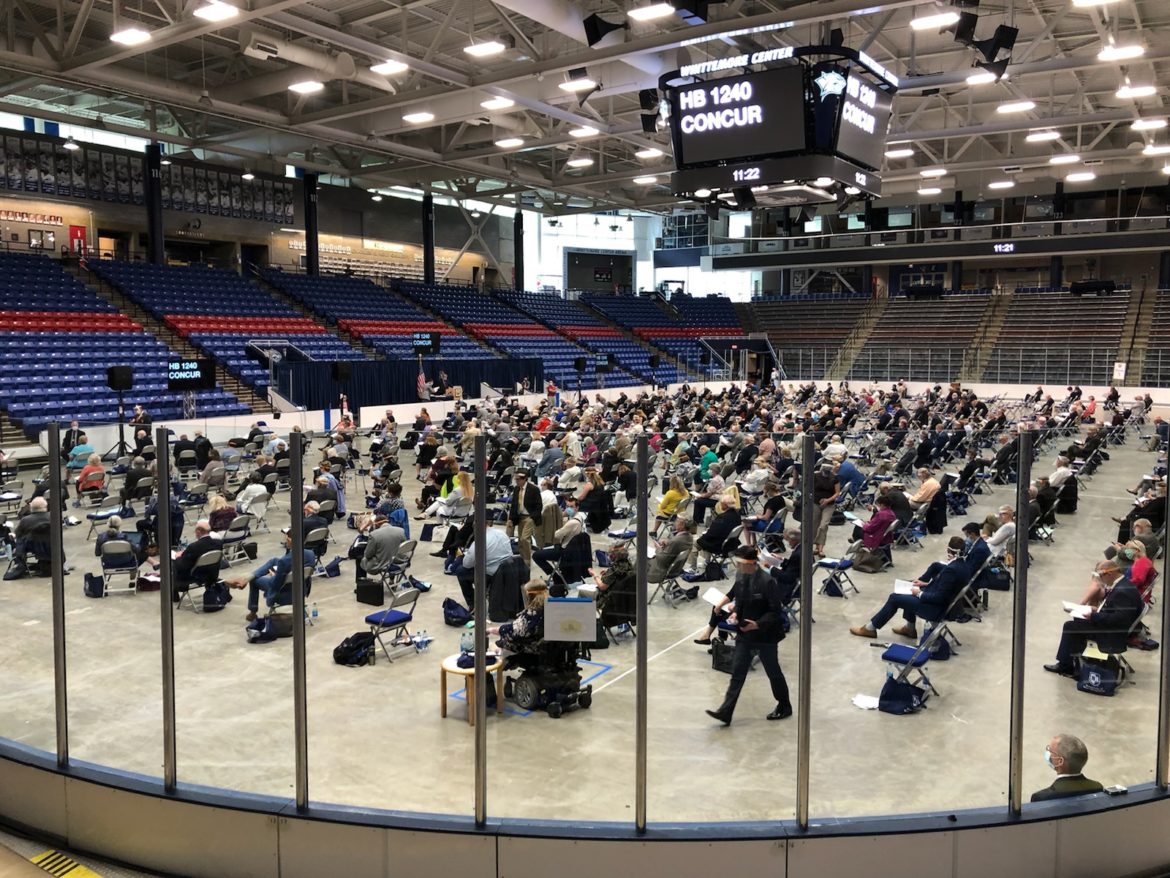 The House met in the Whittemore Center in Durham Tuesday to allow for social distancing.

DURHAM — By a two-to-one margin, the House approved a bill Tuesday to allow voters fearful for their health and safety due to the coronavirus to vote by absentee ballot this fall.

House Bill 1266 temporarily changes state law for the upcoming elections to address recommendations made by the Secretary of State’s Select Committee on 2020 Emergency Election Support in light of the COVID-19 pandemic.

The bill had bipartisan support in the Senate Monday, but Tuesday several House members said they believe it is unconstitutional.

Rep. Daryl Abbas, R-Salem, said Article 11 of the state constitution only allows absentee voting if a person is physically absent or for a physical disability.

“Fear of contracting coronavirus,” he said, “does not amount to a disability.”

He noted a challenge to a similar law in Texas was overturned by that state’s Supreme Court, and the New Hampshire constitution is narrower than Texas’ for absentee voting.

“The concept of the bill is very good, but it is unconstitutional” Abbas said.

But Rep. Wayne Moynihan, D-Dummer, said with the coronavirus there is concern about safely voting in large groups so the select committee recommended changes for the 2020 elections.

The bill allows a check mark for concern about the COVID-19 virus as a reason to vote absentee, he said, and urged his colleagues to approve the bill.

During debate in the Senate Monday supporters noted the changes will protect both voters and election workers.

The House voted 221-101 to approve the Senate changes to the bill, sending it to Gov. Chris Sununu.