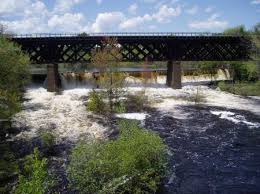 ROLLINSFORD – On Saturday, New Hampshire State Police-Marine Patrol dispatch received a call reporting a missing child who had been wading with an adult in the Salmon Falls River in Rollinsford near the boat launch.

Shoreline and water searches were performed.  At approximately 4:42 p.m., NH Fish and Game divers located the 6-year old male victim.  He was transported to Wentworth-Douglass Hospital and flown to Massachusetts General Hospital where he was later pronounced deceased.

The incident remains under investigation and the victim’s name is being withheld.  Anyone who has further information related to, or who witnessed the incident, is encouraged to contact Lt. Crystal McLain at 603-227-2113 or by email at Crystal.McLain@dos.nh.gov .