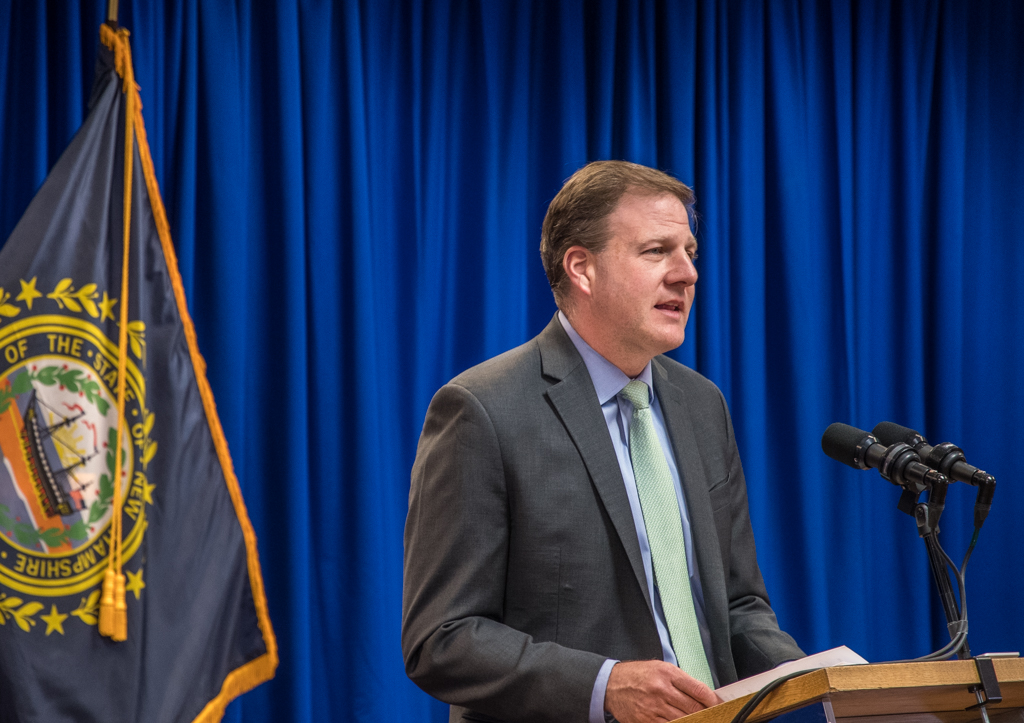 CONCORD — Gov. Chris Sununu said it is premature to make any permanent budget adjustments although the state faces a projected $500 million to $700 million shortfall over the remainder of the biennium ending June 30 2021.

Speaking at a press conference Tuesday, Sununu said the next stimulus bill from Congress is expected to include money that could “backfill” at least some of the shortfall, which he said is likely to be about $150 million this fiscal year which ends in five weeks, and anywhere from $350 million to $500 million next fiscal year.

The state received $1.25 billion in federal CARES Act money to help the state during the COVID-19 pandemic. However federal regulation does not allow the money to be used to replace revenue deficits for the state or for cities and towns facing their own revenue shortfalls due to expected greater property tax delinquencies.

State revenue is about $75 million below what budget writers projected with two months remaining in the fiscal year.

The deficit is due to shortfalls in business, interest and dividends, and rooms and meals taxes and the trend is likely to continue for at least several more months if not into next year.

Sununu said new programs may be curtailed and capital projects could be delayed to help reduce the deficit.

“There are sacred cows,” Sununu said, and some programs he would like to see enhanced like child protection and domestic abuse prevention.

“This is not the time to be pulling back on those things,” Sununu said. “We will have to make tough decisions in other areas.”

But he said he would not entertain a broad-based tax to produce more revenue. No such proposal is before the legislature which is scheduled to come back into session the second week of June after suspending its work due to the coronavirus in mid-March.

A paid family and medical leave bill has been approved by both the House and Senate but had not been through the enrolling process when the legislature was suspended, so has not gone to the governor, who vetoed a similar bill last session.

Sununu and Republicans call it an income tax, but Democrats say it raises money like any insurance coverage through a premium. It would use a payroll tax paid by either the employer or the employee to fund the program.

A broad-based tax is not what the state or its citizens need in the current situation, Sununu said.

He said he would veto any broad-based tax that comes to his desk.

Sununu said he believes the budget shortfall can be managed through tough decisions even without additional money from the federal government.

The budget shortfall has received little attention as the coronavirus pandemic has overrun the state claiming more than 200 lives and infecting more than 4,000 Granite Staters.

New Hampshire does not require a balanced budget but does require the governor to propose a two-year operating budget that is balanced.

Garry Rayno may be reached at garry.rayno@yahoo.com. InDepthNH.org reporter Paula Tracy contributed to this story.