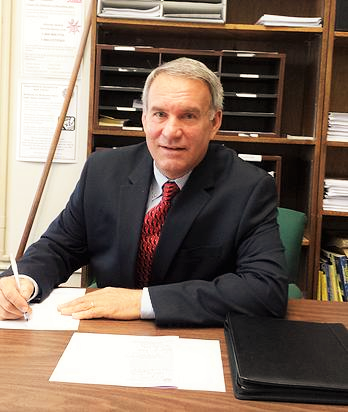 CONCORD — Community college students need help to continue their education and the system needs help to expand technology in order to spur the state’s recovery from the economic slowdown from the COVID-19 epidemic.

Speaking to the Legislative Advisory Committee of the Governor’s Office for Emergency Relief and Recovery, community college officials said they have been impacted by revenue loss but were ready to move to remote learning when the state ordered schools to close.

Charles Ansell, the system’s chief operating officer, said community colleges serve the people least able to afford a higher education and the shutdown of non-essential businesses and schools has meant layoffs for many students and or their parents.

The community colleges would work in conjunction with the Department of Business and Economic Affairs on the program which Ansell said would help the state to quickly recover from the economic downturn brought on by the COVID-19 epidemic.

Along with tuition assistance, about $2 million would be used to help students with things like job placement and career counseling.

Also, the system is asking for $2.5 million to help upgrades labs and technology to allow for proper social distancing which Ansell said would require fewer people in the labs and more sessions overseen by instructors.

He said students and staff would need testing but did not have an estimate of that cost.

Several committee members raised questions about the childcare center the system closed at the New Hampshire Technical Institute in Concord earlier this month.

They noted the need for childcare workers which were trained at the center.

Ansell said the center has long had a $280,000 yearly structural deficit, and the institute is exploring ways of reopening the center in a financially sustainable way.

He suggested it may be a similar arrangement to the child-care center at Manchester Community College which is run with a partner who oversees the operation.

“We don’t let structural deficits like that linger,” Ansell said, noting the system seeks “to concentrate state resources on the classrooms.”

The committee also heard from dentists and optometrists who said some of their employees are scared to return to work.

Both groups said when they re-open they will need more personal protection equipment which they said is going up in price and to reconfigure office and work space.

Dr. Scott Huffer of the New Hampshire Optometric Association said most practices have lost about 80 percent of their revenue during the epidemic and do not have charitable arms like hospitals to help with costs.

He said about 15 percent of the practices have closed entirely while most have reduced their workforce as they treat mostly emergency cases.

As they begin to look toward re-opening they know many patients have the perception it is unsafe to leave the house, he said. “Many are not comfortable in a public setting,” Huffer said.

The federal payroll protection program is helpful, but he said there is a need for low-interest loans for many practices. He said about $5 million would be needed to maintain the practices’ solvency.

Dentists told a similar story saying they will also need new equipment to open safely for both patients and staff.

Michael P. Auerbach, executive director of the NH Dental Society, told the advisory committee when non-essential businesses were ordered to close, all voluntary dental services ended and many staff were laid off.

Dentists would like to reopen as soon as possible, he said, but there are many obstacles to appropriate care.

Dentists will have to make significant investments such as the cost of personal protective equipment and new equipment, Auerbach said, and many will need financial assistance.

He suggested a $20 million fund available to all practices with a maximum grant of $25,000.

Bruce Berke, representing the chain pharmacies in the state, said his organization was not seeking financial help, but would need some waivers of rules and regulations to do testing and provide vaccines.

“We’re asking you to help us to help the citizens of New Hampshire,” he said.

Allowing the chain stores to do testing would greatly increase capacity and is in line with 27 other states that allow the service, Berke said.

He said 40 states including New Hampshire allow pharmacies to test for flu and give shots.

Jerry Little, the director of the Governor’s Office for Emergency Relief and Recovery, would like the committee next week to begin work setting priorities for distributing the $1.25 billion in CARES Act money the state received.

The money has to be spent by the end of the year and may only be used for activities directly related to the coronavirus pandemic that has infected more than 2,000 state residents and killed 66.

The Executive Council will be asked next week to approve withdrawing some of the federal money for distribution.