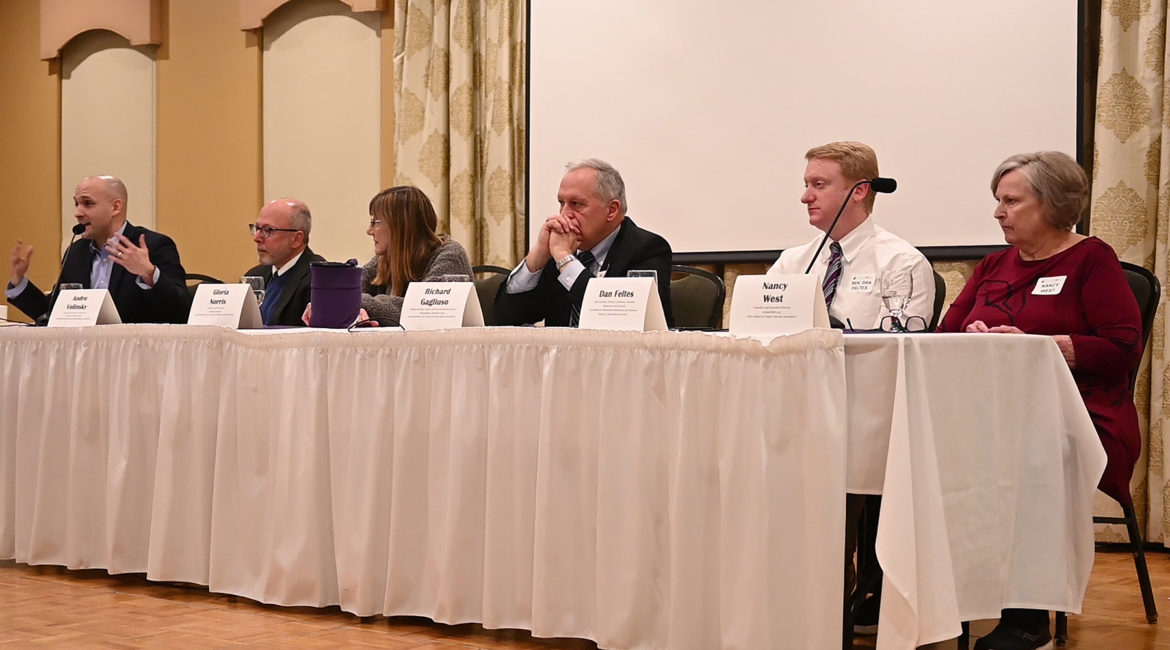 CONCORD – Wednesday is a big day for the people’s right to know what their government is doing as the state Supreme Court will hear oral arguments in three separate cases dealing with RSA 91a, New Hampshire’s open records law.

The three cases separately involve Seacoast Newspapers, the Union Leader/ACLU-NH, and Keene State College Professor Marianne Salcetti and her students. Each appealed because they were denied various public records requests. (See links to cases below)

One major issue that will be argued is the internal personnel practices exemption in the right-to-know law that is routinely cited to deny making public information about public employees.

The internal personnel practices exemption has been cited in many cases over the last 26 years because of the state Supreme Court’s ruling in the Fenniman Supreme Court case, according to ACLU-NH’s Gilles Bissonnette.

“Our courts have actually whittled away at some of our various significant transparency protections,” Bissonnette said.

Bissonnette was speaking at the recent Why the Future of News Matters with Gloria Norris event in Manchester hosted by the New Hampshire Center for Public Interest Journalism. He focused his remarks on the exemption and the Laurie List of dishonest police.

The government frequently relies on the internal personnel practices exemption in not releasing information that could help hold government accountable, Bissonnette said.

“That is devastating for government accountability. I can’t underscore it enough,” Bissonnette said of the exemption and the Fenniman ruling.

Bissonnette and six media outlets have also appealed to the state Supreme Court to make public the names on the Laurie List of dishonest police with their brief due in December.

“Police officers do important work. We all understand that. They risk their lives but they also have immense power,” Bissonnette said.

“We need to have accountability. We need to know what the government is doing.”

Here is the schedule for Wednesday: https://www.courts.state.nh.us/supreme/orals/nov_20_2019.pdf

WHAT: The ACLU of New Hampshire will be at the New Hampshire Supreme Court on Wednesday for three arguments on separate lawsuits regarding the state’s Right-to-Know law, of which the ACLU-NH is co-counsel in two of the cases.  These cases concern the interpretation of the “internal personnel practices” exemption and how this exemption has allowed government entities to shield from the public massive amounts of information that would help the public hold the government accountable, including records that would be evidence of misconduct of government employees.

Seacoast Newspapers, Inc. v. City of Portsmouth: This lawsuit challenges a trial court’s decision to keep private an arbitrator’s report in an employment action filed by a former Portsmouth police officer who was terminated after receiving an inheritance in excess of $2 million from an elderly woman with dementia. Lead counsel in this case is Rick Gagliuso from Bernstein Shur. The ACLU-NH is co-counsel. More information about this case can be found here.

Union Leader Corp. and ACLU-NH v. Town of Salem: This lawsuit requests complete, unredacted copies of an audit report investigating the Salem Police Department, which have been redacted and shielded from public view. Specifically, the documents are a 120-page audit focusing on internal affairs complaint investigations, a 15-page document on the Department’s culture, a 42-page audit focusing on time and attendance practices, a 14-page response to the audit, and a two-page memorandum discussing the audit reports. Especially in light of the reports’ findings, Salem’s taxpayers, the press, and the public have a right to this information in full. More information about this case can be found here.

Salcetti v. City of Keene: This case is not being represented by the ACLU of New Hampshire, but was brought by Keene State College Professor Marianne Salcetti, and is about a request to access records that the City of Keene holds related to drug cases, underage parties, sexual assaults, police brutality, and restaurant inspections.