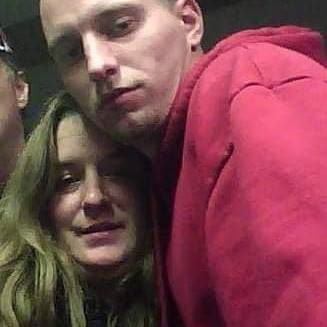 Anthony Heath is pictured with his mother Nancy Heath

CONCORD – A court-appointed attorney has filed an amended federal lawsuit on behalf of a Milan man who is challenging his incarceration at the Secure Psychiatric Unit at the men’s prison in Concord.

Anthony Heath claims it is a violation of his constitutional rights and the Americans With Disabilities Act since he hasn’t been convicted of a crime, but instead has been deemed incompetent to stand trial.

Transferring patients from the New Hampshire Hospital, the state’s psychiatric hospital, to the Secure Psychiatric Unit at the men’s prison has been controversial for years and this year prompted lawmakers and Gov. Chris Sununu to promise a new facility will be built.

“A patient at New Hampshire Hospital has certain rights. For example, a patient has the right to receive visitors seven days a week, the right to receive and send mail without it being opened unless there is a good reason to believe it contains contraband or may harm the patient, the right to have regular access to the private use of a telephone, the right not to be tape-recorded without consent, and the right to wear his or her own clothes and to have personal items as space permits,” Carey wrote.

As a patient at the Secure Psychiatric Unit in the prison, Heath lacks these rights, Carey wrote.

“For example, his visits are limited to Saturday afternoons and Sunday mornings, his telephone calls are recorded, and his mail is screened. As a patient at SPU, Mr. Heath is subject to the same restrictions as an inmate at the New Hampshire State Prison, including limited visitations, recorded calls, and screened mail. As a patient at SPU, in his assigned ward, Mr. Heath has 60 minutes daily for unstructured time and 60 minutes daily for yard time.”

Carey said the restrictions at SPU serve no therapeutic purpose. “SPU is devoted primarily to the needs of mentally ill convicted criminals who are serving out their prison terms and individuals who have been found not guilty by reason of insanity,” the lawsuit states.

The suit claims a violation of Heath’s due process. “The Fifth Amendment to the United States Constitution provides that ‘[n]o person . . . shall be deprived of life, liberty, or property, without due process of law.’”

Carey said the Fifth Amendment is applied to the states through the Fourteenth Amendment.

Heath has a liberty interest in receiving mental health treatment in the least restrictive environment necessary to achieve the purposes of treatment, the lawsuit states.

The defendants have developed a policy of transferring patients from New Hampshire Hospital to the Secure Psychiatric Unit without sufficient procedural safeguards in place to determine if and/or when patients must be transferred from SPU to a less restrictive environment for treatment.

“As a result of defendants’ conduct, Mr. Heath has sustained damages,” Carey wrote, although there is no specific amount listed.

It’s been a long time coming, but Heath’s mother, Nancy Heath, is thrilled that an attorney is taking over the case.

“I feel good about it,” Nancy Heath said. As for Anthony, “He’s been sounding pretty good. He’s hanging in there,” she said.

Nancy Heath lost her fight in Probate Court to maintain her guardianship of Anthony. Carey has also been appointed to represent Anthony in a separate federal habeas filing demanding Anthony be immediately transferred to the New Hampshire Hospital or into community treatment.

The Secure Psychiatric Unit is part of the state prison complex and patients are treated under the same rules as prisoners. It is staffed by corrections officers and run by the Department of Corrections while the separate New Hampshire Hospital across town in Concord is managed by the Department of Health and Human Services.

“The psychologist who evaluated Mr. Heath’s competency concluded that Mr. Heath, due to his untreated thought disorder, did not have a ‘rational and factual understanding of the proceedings against him nor a sufficient present ability to consult with and assist his lawyer on the case with a reasonable degree of rational understanding.’”

“Mr. Heath has the right to receive treatment in the least restrictive environment necessary to achieve the purposes of treatment,” the lawsuit states.

“Defendants violated the ADA when, based on the nature of Mr. Heath’s disability, they incarcerated him at SPU rather than treating him at NHH,” Carey wrote.

Heath seeks the following relief: An order for his release from the Secure Psychiatric Unit to receive treatment in the least restrictive environment necessary, a declaration that defendants violated his rights under the United States Constitution, a declaration that defendants violated the Americans with Disabilities Act, compensatory damages and reasonable attorneys’ fees.