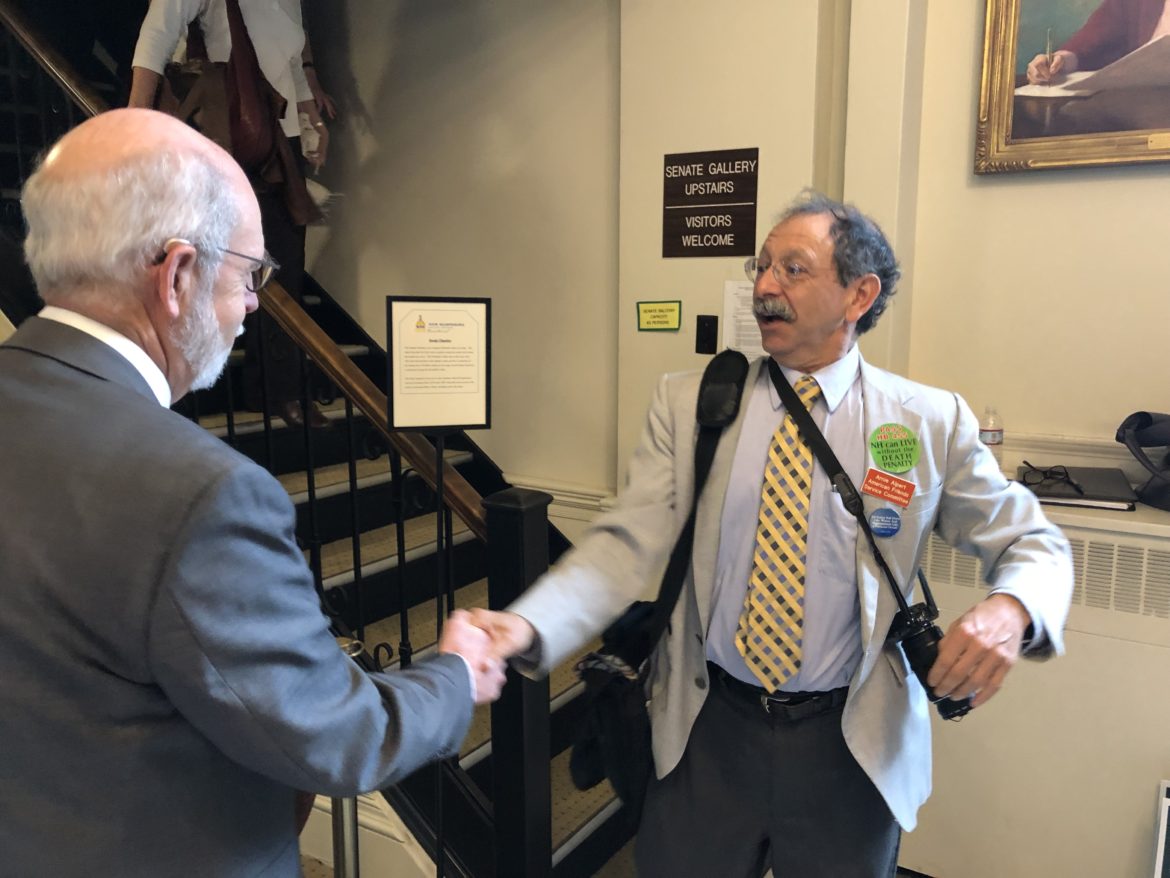 CONCORD – It has been a long time coming for Arnie Alpert to be able to say the New Hampshire death penalty is “history.”

The Canterbury resident came to the State House Thursday and he was able to say just that at noon.

InDepthNH.org caught up with him after the Senate voted 16-8 to override the governor’s veto of the death penalty repeal bill after the measure recently passed the House along similar lines, with just the two-thirds majority necessary for a veto override.

The latter is a Quaker organization dedicated to social justice, peace and nonviolent action.

Alpert began his nonviolent activism in New Hampshire in 1976 and became a member of the Clamshell Alliance, which fought the development of nuclear power in Seabrook and then took on former Gov. Meldrim Thomson.

He later played a central role in honoring Dr. Martin Luther King with a state holiday by working legislation through the State House in 1999.

He called the vote to abolish the death penalty this week, “gratifying,” noting it took a diverse coalition and many years to finally get the legislature to “do the right thing” so he could finally say “the death penalty is history.”