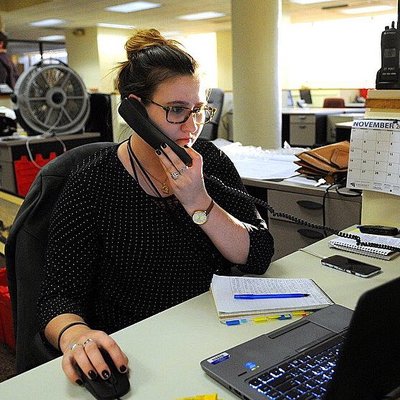 Hearst Connecticut Media reporter Tara O'Neill was arrested Thursday in Bridgeport, Conn., while covering a demonstration commemorating the second anniversary of an officer-involved shooting that killed a 15-year-old resident.

The New England First Amendment Coalitiondenounced today the arrest of a Hearst Connecticut Media reporter during a recent demonstration in Bridgeport, Conn.

A Bridgeport Police officer arrested reporter Tara O’Neilllast night as she observed from a public sidewalk a gathering to commemorate the second anniversary of an officer-involved shooting that killed a 15-year-old resident.

“I was handcuffed, put into a police cruiser, taken to booking, patted down, my belongings were taken down for inventory and put in a bag,” O’Neill described on Twitter. “I was told they could release me on a written promise to appear. Then, I was let go without charges.”

“While responsible law enforcement is crucial to the well-being of our communities, so is journalism,” according to the May 10 letter. “There is simply no excuse for a journalist to be arrested for doing her job.”

The coalition called on Chief Perez to do the following:

• Present a full public explanation of the events leading to O’Neill’s arrest.
• Release the name of the arresting officer.
• Issue a formal public apology.
• Review its existing policies and procedures and take corrective action to prevent any future infringement on the rights of journalists.

“We call on you to be transparent about last night’s events, be accountable for the actions of your department and begin working with local newsrooms to restore the public trust that was lost with O’Neill’s arrest,” Justin Silverman, NEFAC’s executive director, wrote on behalf of the coalition.

Matt DeRienzo, vice president of news and digital content at Hearst Connecticut Media Group, told the Hartford Courant that O’Neill and her colleagues had been “relentless in covering misconduct and coverup” in the department. Hearst also aggressively covered the fatal shooting that spurred last night’s demonstration.

“So this feels like retaliation and intimidation against the press for holding them accountable,” DeRienzo said.

According to the U.S. Press Freedom Tracker, of which NEFAC is a partner, at least five journalists have been arrested this year.

“This is a challenging time for journalists,” Silverman said. “Freedom of the press is being marginalized, if not outright attacked, by those in power on all levels of government. We can show no tolerance for this disregard of the First Amendment.”