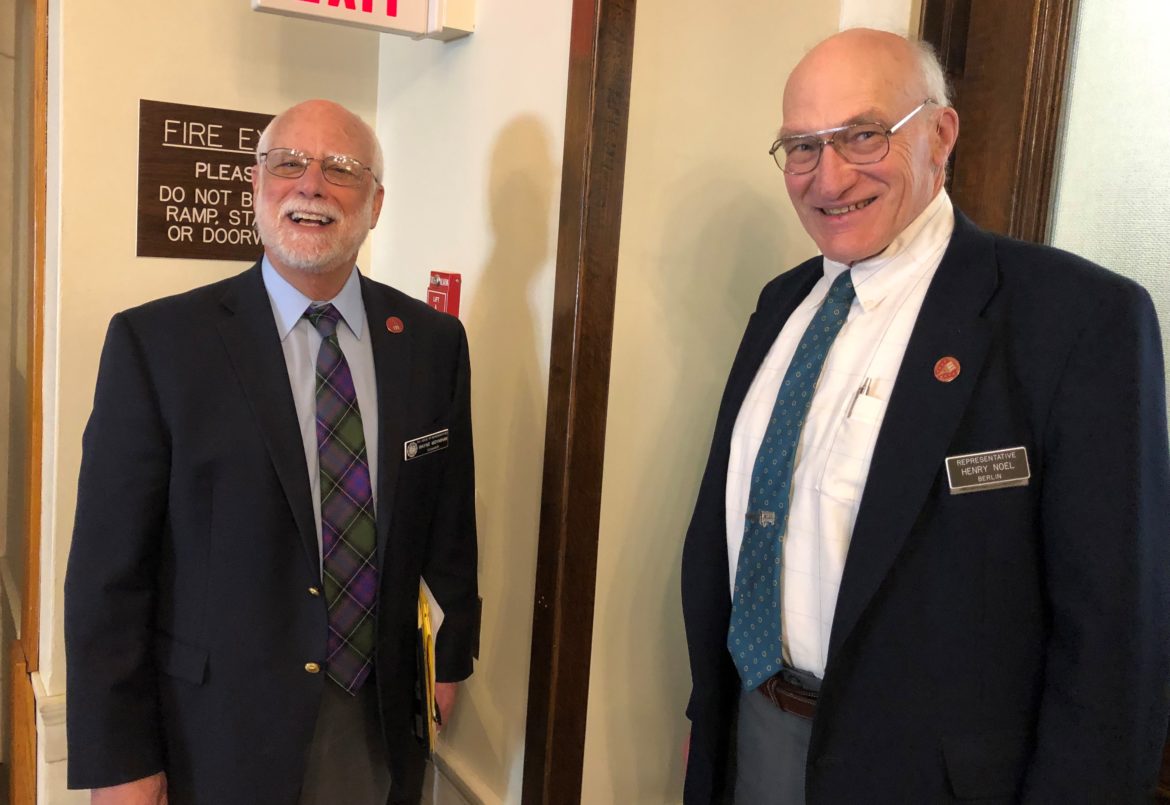 Republican Gov. Chris Sununu indicated he will veto it. In a Twitter message, Sununu said: “SB 1 is an income tax and I stand with the people of New Hampshire in opposing this bill.”

Senate Bill 1, a priority issue for Democrats, would allow employees up to 12 weeks leave from work at 60 percent of pay to care for a new or adopted baby, care for a sick family member or their own illness.

It would be paid for by a .5 percent payroll tax.

Sununu, who was in New York promoting New Hampshire tourism on Wednesday, has his own idea to tackle the leave issue.

In January, with Vermont Gov. Phil Scott, Sununu announced a bi-state, voluntary leave plan that is not currently offered in either state.

That plan would be available to all businesses, as well as individuals, and would be anchored by the state employee workforce of both states – a combined 18,500 employees, the joint statement by the two governors said. Under the governors’ plan, the new insurance coverage would provide enrolled public and private sector employees 60 percent wage replacement for six weeks at competitive rates for qualifying events, including the birth of a child, caring for a spouse, child or parent with a serious health condition.

Many Republicans do not support the Senate bill.

House Republican Leader Dick Hinch, R-Merrimack, said in March that groups representing New Hampshire’s business community spoke up loud and clear in their opposition to it.

He called it “fatally flawed.”

“House Democrats can try to disguise it, but a 0.5% tax on wages is an income tax,” Hinch said. “Even with this questionable funding mechanism, House Democrats still couldn’t guarantee that the program will be solvent. I can’t think of any other reason they’d give an unelected bureaucrat the ability to raise their ‘tax on wages.’”

The bill first passed in the Senate along partisan lines 13-10 on Feb. 14. On March 20, the House of Representatives voted 219-142 to support the measure.

That’s not enough to override a likely veto, but there is start-up money for the program in the House budget. The Senate has not yet begun to formulate its budget proposal.

“No one should have to choose between caring for a loved one and financial security. I’m honored today to sign SB 1, which would ensure every hardworking Granite Stater has access to paid family and medical leave, and I hope Governor Sununu considers this legislation with an open mind,” said Soucy.

Feltes added that “paid family and medical leave is a critical tool to help New Hampshire attract and retain the workforce of tomorrow, meet the caregiving needs of our aging population, and combat our opioid epidemic. After years of work on this issue, it’s time to finally enact this bipartisan legislation to ensure Granite Staters can maintain financial security when they need to take time away from work to care for themselves or a family member.”

The House of Representatives killed a bill that would have allowed for the creation of casino gambling in the state.

Rep. Willis Griffith said SB 310 is not financially viable and will create a budget shortfall as projected revenues will never meet reality. The House Ways and Means Committee voted to kill it on a 17-2 vote.

Griffith said there is no support for casinos in a  “saturated market” in New England and the state should not continue “to raise revenue on the backs of problem gamblers.” The vote was 289-63 to kill the casino bill.

A measure to indefinitely postpone the bill, which means that it cannot come back for a vote for the rest of the session again unless there is a two-thirds vote to overturn, passed 214-139.

The bill indicated the state could net $102 million in 2024 and $159 million by 2025 with two video lottery and table gaming facilities licensed somewhere in the state.

Reports of an alleged attempted lynching of a Claremont child in 2017 – which sparked a state advisory council study – has led to a bill that passed Wednesday to extend civil rights protections to public schools.

Senate Bill 263, which opponents said still requires study and work, was adopted on a vote of 214-143. It has passed the Senate but is now referred to the House Judiciary Committee for review.

Currently, students must rely on federal protections which are piecemeal at best, she said.

A bill that creates a special fund and adds $4 million for worker training for the unemployed and current workers passed the House on a vote of 216-146.

Senate Bill 2, which is supported by businesses, will improve training programs within the state Department of Business and Economic Affairs.

Kevin Cavanaugh, D-Manchester, the prime sponsor said, “We can’t afford for anyone to get left behind in New Hampshire’s evolving job market.”

Senate Bill 59, as amended, and has passed the Senate, would add post-traumatic stress disorder and acute stress disorder to the definition of “injury” under the state worker’s comp law passed on a voice vote. It also will study incidence on the state’s first responders. There was no debate on the bill and it passed unanimously out of committee.

The House also passed SB 257, which prohibits the use of foams containing perfluoroalkyl chemicals in fighting fires.

Sen. Sherman, its sponsor released the following statement after the vote:

“On multiple levels, New Hampshire is working to address the risks posed by perfluoroalkyl substances (PFAS), including contamination at the Pease Air Force Base where this exposure resulted from foam used for firefighting.”

The House voted 213-137 in favor of SB 4, relative to the group and individual health insurance market. This legislation would codify into state law protections for people with preexisting conditions and essential health benefits.

Sen Feltes said: “With the Trump administration’s continued efforts to dismantle the Affordable Care Act, it is more important than ever for us to protect health care access for Granite Staters. Senate Democrats believe fair access to quality, affordable health care is not just a privilege for the few, but a right for all. That’s why we introduced SB 4, which will codify into state law protections for people with pre-existing conditions and essential health benefits, including maternity and newborn care, mental health and substance use disorder services, and prescription drugs.”

“By providing judges more discretion and greater consideration when determining if a person presents a danger to themselves or others and addressing concerns about people who repeatedly fail to appear after being released, this legislation brings further clarification to last year’s reform,” Cushing said.

Gov. Sununu issued the following statement pertaining to the House vote on SB 314: “Earlier this year I called for strengthening New Hampshire’s bail reform law and I am pleased to see that the legislature has taken bipartisan action. It is critical to close loopholes that could potentially allow dangerous suspects from causing harm in our communities while they await trial. This bill is another step in the right direction,” Sununu said.