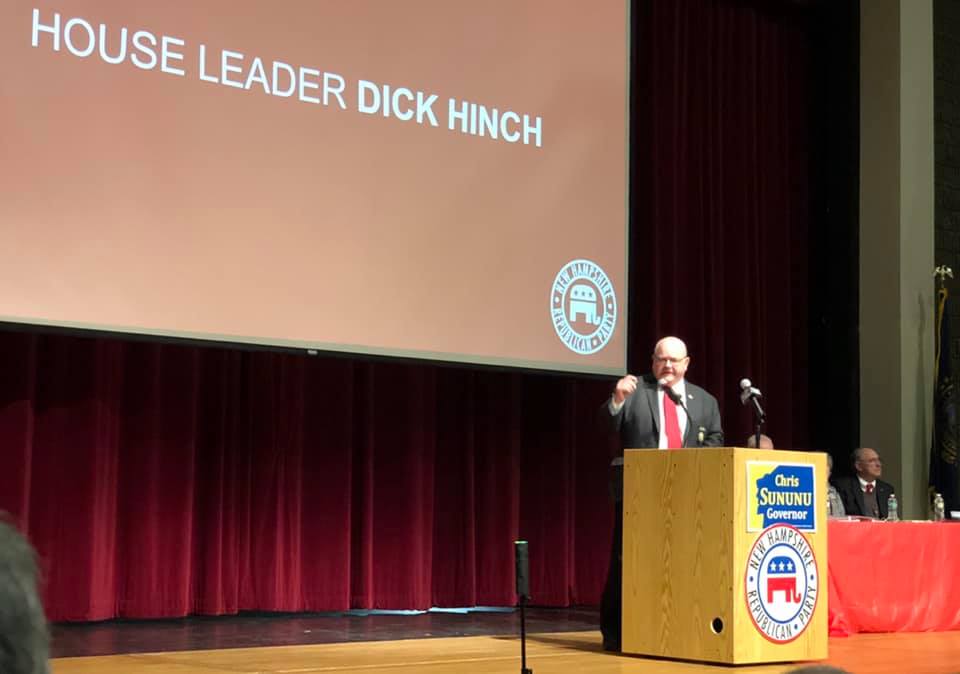 “First, they tried to slip SB16 in under the radar, so they could attach an ill-advised amendment to it dealing with authorizing unemployment benefits to federal employees affected by the recent government shutdown. Despite written communication from the federal government and repeated public comments advising against this provision from our own Department of Employment Security, House Democrats moved forward with a bad idea.

“They are doing a great job finding avenues to exploit the shutdown for political gain, and they seem to be willing to disregard customary processes and common sense as they charge down this road. Yesterday, their lack of forethought on this issue resulted in the committee needing to recess the executive session and delay action on this bill due to the volume of problems uncovered in the amendment. Haste makes waste.”

“We’ve now learned that SB1 has been introduced in the House, and I can’t believe that with all of the other business we have to complete, that they would want or need to schedule a public hearing and begin work on this very complex legislation. Sure, it’s a Democrat legislative initiative to institute this family leave income tax program, but I can’t believe we’re diverting resources and time to this legislation during such a busy week dealing with House bills. The House has yet to act on the House version of this legislation, and they’re already scheduling a public hearing on the Senate version. I just can’t see the reasoning. Where has process and common sense gone?”

Background: SB16 was introduced into the House on January 31st, the same day it was passed by the Senate. The bill originally dealt with the date for certain federal systems of data exchange. The amendment, which was distributed to the House Labor committee last week and discussed at executive session on the bill yesterday, sought to modify eligibility requirements such that those federal workers who were required to work without pay could receive state unemployment benefits. If the worker receives back pay, the worker would be required to pay back the benefits they received in a “reasonable time,” a parameter which was undefined.

SB1 will have a public hearing on Tuesday, February 26 in the House Labor committee. HB712, which received an Ought to Pass With Amendment recommendation by a party line committee vote on Wednesday, February 20, will be acted on by the full House during the House session of February 27-28, next week.

According to statistics available from the General Court website advanced bill search:

166 House bills have received have reports filed and are ready to be acted on by the full House, some of which will be referred to a second committee. 291 are still in committee, and have not been reported out by committees.