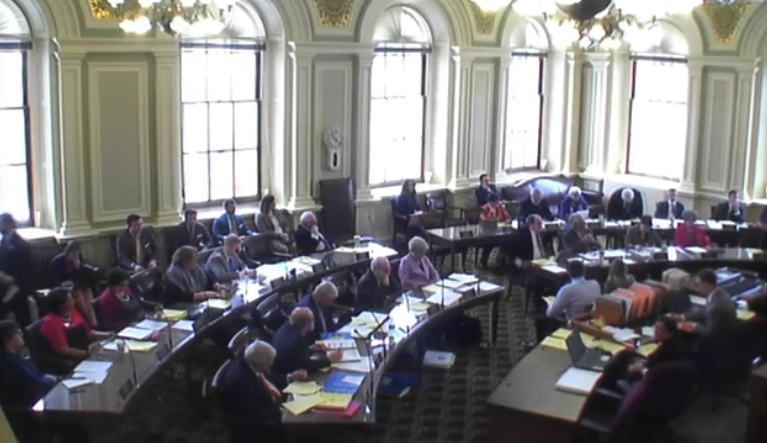 CONCORD – The New Hampshire Senate passed bills on Thursday that ranged from noncompete clauses for low-wage earners to funding for the project development phase of the capitol corridor rail project.

The Senate also unanimously passed SB 242, legislation that protects New Hampshire businesses from out-of-state jurisdictions attempting to impose a sales tax on them.

The legislation was a result of the controversial U.S. Supreme Court South Dakota v. Wayfair decision.

Sen. Jeb Bradley, R-Wolfeboro, said: “I am pleased the New Hampshire Senate has unanimously sent a message to out-of-state jurisdictions that New Hampshire is a sales tax-free state and we will not subject our businesses to other state’s laws.”

“I applaud Gov. Sununu and Attorney General MacDonald for working with the legislature to craft a bill with real protections for New Hampshire businesses.”

Senate Bill 197 to prohibit noncompete agreements for low-wage passed on a voice vote.

“Today’s vote is a step toward eliminating hurdles for low-wage workers in New Hampshire by prohibiting their employers from requiring them to enter into noncompete agreements,” Sen. David Watters, D-Dover, said in an email after the vote.

By a vote of 14-10, the Senate recommended SB 241 ought to pass as amended. It enables New Hampshire to access federal funds to undertake an in-depth analysis of the financial, engineering, and environmental implications of expanding rail.

“Today’s Senate vote is a critical next step toward establishing passenger rail through the capitol corridor project—at no cost to New Hampshire taxpayers,” Levesque said.

The Senate also unanimously passed SB 174. It establishes June 19th as Juneteenth, a day to reflect upon slavery’s relation to the State of New Hampshire.

“Juneteenth recognizes the day those slaves were finally no longer held in bondage and all Americans were considered free; I’m proud of today’s Senate vote to guarantee New Hampshire observes this historic day each year,” Levesque said.

Sen. Dan Feltes, D-Concord, said it is a cost-effective children’s system of care that will timely address the critical needs of children, thereby reducing significant mental health, special education, and child protection costs down the road.