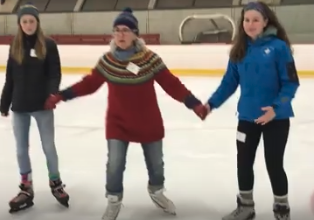 Skating with daughter Jane and niece Maeve in Dover.

I muse joyfully today on three things that allow me to not only endure an endless January but to thrive in this wintry cold: libraries, ping pong and ice skating.

Libraries?  Where else can I go with a plastic card and have unlimited access to books, DVDs, speakers, intellects who can answer any questions I have about any subject: snails, ingrown toenails, knitting with cat fur. And, yes, Google may do this as well but there is something so wonderful about connecting with actual books, real humans, live conversations uninterrupted by weak WiFi signals. 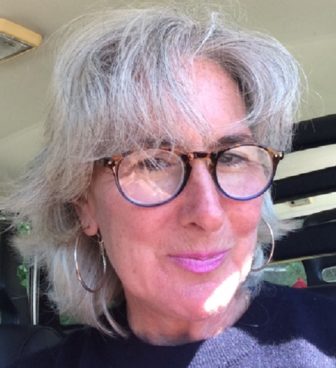 Glorious. I am a fan of the Dover Public Library – shout out to all of you who do not shame me when my late fines look like the price I just paid for my new car.

Growing up in a large family, our rec room was the basement – better described as a cellar as it was pretty bleak with exposed brick, an oil tank, washer and dryer. There was a bathroom – or more aptly put, a stall. But we also had a ping pong table which provided hours and hours of entertainment.  My brothers and sister and I all became pretty good players, probably had one ball we used for years, but it was a source of severe competition and bragging rights.  Let’s just say, I became pretty good.

So, earlier this week, when I set up a makeshift ping pong table in my classroom and showed teenagers that a middle aged woman can play some honking table tennis, I laughed out loud at quick matches that proved me the champion…well, for a moment or two until a few showed off spin serves and spikes. But still, that moment of quick play and the sound of paddles and ping pong balls is a lovely January uplift.

Finally, ice skating is by far the best winter sport ever.  I’ve got my skates in my car, ready to go at any moment. And, mercifully, it’s been cold enough that the ice is looking beautifully smooth, ready for my triple salchows and pirouettes – or at least slow easy laps around a pond, enveloped in down, imagining the crowds at the PyeongChang Winter Olympics.

It’s good to be comfortable in little thrills during a January of frigid temps and ice.  I muse joyfully you may find a winter reprieve at your library, playing ping pong or performing your own ice routine worthy of an Olympic gold.