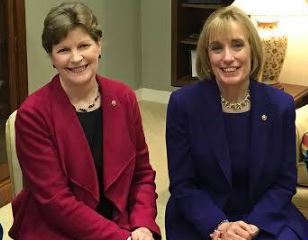 The bill would waive penalties and contribution prohibitions as a result of financial hardship during the government shutdown. Shaheen and Hassan previously cosponsored legislation that was signed into law to ensure that federal workers affected by the shutdown receive retroactive pay.

“Federal workers in New Hampshire and across the country are struggling to put food on the table and pay their mortgages because of the President’s reckless shutdown,” said Shaheen. “This legislation will allow these workers to access an emergency source of funding as they face a second missed payday. Every effort should be made to provide relief to these men and women who serve the American people as they continue to be held hostage by the President’s shutdown.”

“The President’s senseless government shutdown has hurt far too many Granite Staters and Americans, and we must ensure that protections are in place during this time so that they can continue to pay their bills and provide for their families,” said Hassan. “This bill waives any penalties for federal workers who make withdrawals from their retirement savings and allows them to recontribute funds to their retirement accounts after the shutdown ends. I’ll keep fighting to protect the financial well-being of our dedicated federal workers.”

The Emergency Relief for Federal Workers Act of 2019 would ensure federal workers are not penalized for making withdrawals from their retirement savings and gives them the opportunity to recontribute funds to their TSP accounts after the shutdown ends. The bill:

The bill would also alleviate additional financial burdens for federal workers who want to take out a loan or have difficulty making payments for a current TSP loan as a result of the shutdown:

To read a fact sheet on the Emergency Relief for Federal Workers Act of 2019, click here.

To read the bill text of the Emergency Relief for Federal Workers Act of 2019, click here.