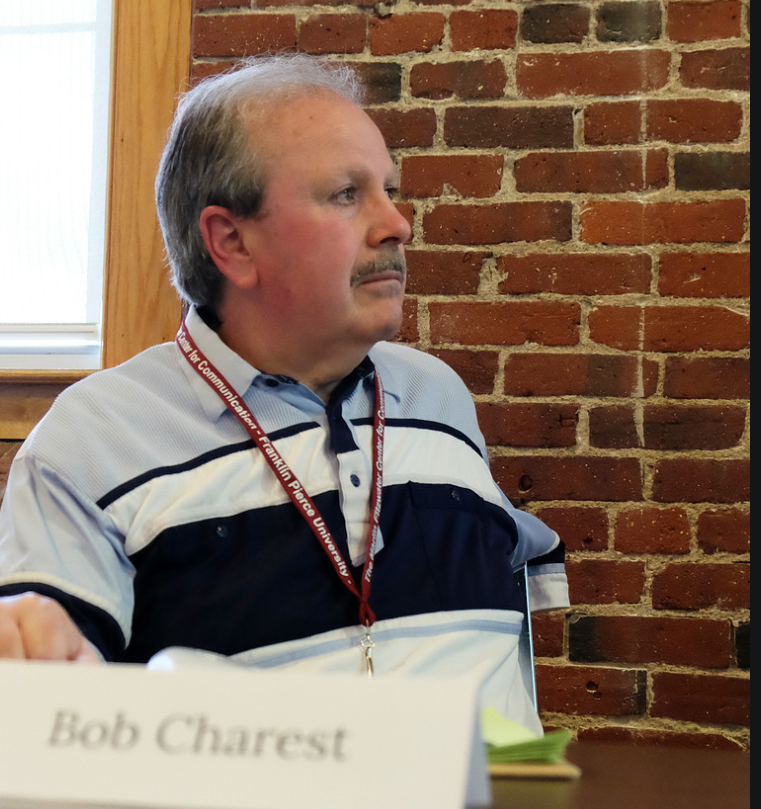 The Boston Globe invited editorial writers across the country to talk back to President Trump’s claim that reporters are the enemy of the people. Bob Charest stepped up with his column Why Should You Care NH.

By Bob Charest,
Why Should You Care NH

This is not the kind of column where I tell you why you should love the press, to trust in the press, and believe US, not THEM, because we are the good guys. I’m not going to tell you those other guys are bad, and you have to decide whoever “them” is: The guys further up or down the TV channel dial, the radio host you despise, the President.

The truth is (as I see it) you have to do the hard work as a consumer these days. Really hard work, because there are people who would have you believe all kinds of stuff. It’s not easy to live in a democracy. Sometimes it gets loud and messy. Sometimes you are asked to fight for it.

The Boston Globe has put out the call for editorial writers across the country to publish editorials today that lambast the “dangers of the administration’s assault on the press.”

Here’s what I believe: Everyone in the media has to work extra hard every day to earn and keep your trust. We live in times when foreign interests try to meddle in elections, when press agents circle the wagons to rewrite the narrative during some celebrity’s crisis, when the President tweets, lies, bitches and moans.

Sorry, but that’s the world we live in.

And you know what? We’ll get through it. We’ll be stronger because we did. We’ll learn a thing or two.

The press is all of us, people, especially true in this age of bloggers, Yelp reviewers, Facebook users, Twitter twitterers and countless others who relay information to the world.

The “Fourth Estate?” Who is that really? It sounds almost like the media is a branch of the government.

Nowadays, everybody’s a member of the press.

Not all of us are reporting by strict journalistic standards. It’s a whole bunch of different people reporting on what’s happening around us, some of us doing it by a code of ethics that insists we remain impartial (Now there’s a concept!), check out sources, and verify, verify, verify. Sadly, some who call themselves journalists don’t do that.

Even more appalling, some who call themselves journalists have an agenda, sometimes an ax to grind.

It’s up to you to handle that information accordingly. You get to do the heavy lifting.

When a President says at a rally, “I think the media is among the most dishonest group of people I’ve ever met,” that gets some people upset.

When he calls them “scum,” “dishonest,” “liars,” and “terrible people,” there are some who are going to take that as an invitation to exact retribution.

This angry rhetoric spewing from the President’s mouth is showing up in angry episodes by some of his supporters at political events. The Internet has more than a few examples. Maybe you’ve seen them.

Depending on your political persuasions, you might want CNN shut down. Or MSNBC. Or Fox News. Or, fill in the blank.

On occasion, I am disgusted by something or someone in the media. Context has a place in news reporting. (How important is this story to the community?) Deciding what gets covered with dwindling budgets and staff is a fact of life. Most of us appreciate a sense of common decency, and some of us have more discerning palates, you might say.

You might disagree with the mix and intensity of those three ingredients, but the fact is, they are a necessity in news reporting. It’s a tweaking of that recipe that separates a TMZ.com from the New York Times. Each has an audience, and they sometimes overlap, but they both profess to report the news, whatever that is for their audience.

I recently watched a Netflix documentary on the Gawker Media suit brought by Terry Bollea/Hulk Hogan and the resulting judgment that bankrupted a company. We don’t have to wonder how to think because the documentary directs us how to think:

First Amendment: Good. Anybody who challenges this right: Bad.

But the fact is, it’s not that simple. I found Gawker a despicable website. It seems their formula was to find people who have been kicked and are down, then to kick them again.

As the Gawker lawsuit made clear, sometimes the good guys and the bad guys aren’t so easy to tell apart.

The filmmaker who made that documentary, “Nobody Speak: Trials of the Free Press,” is Brian Knappenberger, and he gave an interview in which he said, “I’ve realized pretty early on in this that I could criticize Gawker for an hour and a half and it probably wouldn’t be good enough for some people.

Gawker clearly, in some ways they kind of invited that kind of hatred to them. And people are very, very polarized. Some people love Gawker. Read it every day. Some people hate Gawker, but read it everyday. And some people hate it, but have never read it. Don’t really understand the tone and the kind of position that they had. I hope in the film you get that. I tried to get that. I tried to portray that role that they play in the press.”

This is something we learned very early on at InDepthNH.org. The players in the issues that matter most aren’t sometimes the most likeable characters you’ll meet. They are sometimes the people you cross the street to avoid. But their issues are everyone’s issues. Their fight is our fight.

This is how I feel about Gawker.

First Amendment lawyer Floyd Abrams, who defended The New York Times in the Pentagon Papers case, is quoted in the “Nobody Speak” documentary: “There is no way that (Trump) will not be filled with fury, filled with fury at things that some maybe most newspapers will say. What we can’t predict is what will his advisers say to him. What his children say to him. How far down the road of suppression – there’s no other word – he’d be prepared to go to punish entities that anger him.

Without the meaningful application of the First Amendment, you have a true risk of living in a suppressive state, of living in a country in which a President who thinks he’s doing the right things – they always do – who thinks that his critics are harming the country – they always do – can limit the ability of the press, the willingness of the press to expose, to criticize and the like, there is enough chance that the President will be upset enough, angry enough, vengeful enough, to try to take whatever actions he thinks he can to punish those who have offended him.”

Having said that, I now give the last word to another President, the one just previous to 45, the one who still sets supporters of 45 into cataclysmic tirades. If you are a Trump supporter, and you believe that he is draining the swamp and you support him no matter the cost or whatever he says, I ask you to carefully consider these words from Barack Obama: “Change will not come if we wait for some other person or some other time. We are the ones we’ve been waiting for. We are the change that we seek.”