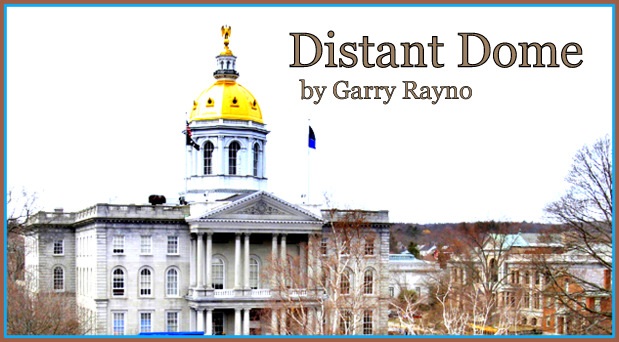 As 2017 draws mercifully to a close, it was a year to remember.

From the Presidential inauguration of businessman Donald Trump to the three baby bears that terrorized a Hanover neighborhood, 2017 had something for everyone and many things to rile people’s darker emotions.

For the first time in eight years, Republicans controlled both houses of Congress and the Presidency and still could not accomplish their eight-year mantra “repeal Obamacare” or its real name “the Affordable Care Act,” although the Trump administration did enough to make it nearly untenable.

In New Hampshire, Republicans controlled the State House — the House, Senate, Executive Council and Governor — for the first time in 12 years.

One of the first acts of the 2017 Legislature repealed the long-standing requirement for a concealed weapon permit over the heated objection of law enforcement, and anti-domestic violence advocates and victims.

In past sessions, Democratic governors vetoed similar bills and the legislature failed to muster the needed two-thirds majority to override.

But this year new Gov. Chris Sununu supported the bill and pistol owners no longer have to have a permit to carry a concealed, loaded weapon.

However, Republican control was not enough to push through another mantra of GOP leadership, right-to-work legislation. Sold as boosting the rights of workers to not join a union, the legislation preventing agreements between businesses and unions requiring covered employees to pay administrative fees for the costs of negotiating and administrating collective bargaining agreements was seen as a sure thing with a GOP governor. 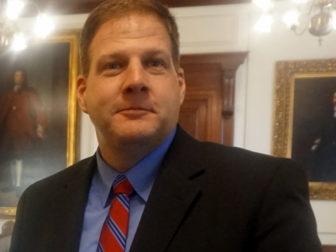 In year’s past, the Senate killed the bill but in 2017 right-to-work sailed through the Senate only to die in the House even with Sununu making it a legislative priority,

Also the House Republican majority was not enough — for the first time in memory — to pass a budget. The House Finance Committee’s proposal failed to win a majority several times as the newly minted House Freedom Caucus voted to kill the two-bill package along with near unanimous Democratic opposition.

That put the House in the unenviable position of having no budget position to defend in negotiations with the Senate during conference committee time.

But at the end, not enough Freedom Caucus members joined Democrats to vote down the final compromise budget giving Republicans and the rookie governor a much needed final fiscal victory.

Republicans were successful in passing a bill that essentially marries voting domicile with residency requirements.

New Hampshire has had different domicile definitions for voting, residency and going to state and local schools.

The voting domicile requirements were always a little less restrictive than those for a driver’s license or to register a car.

Republicans passed legislation in 2012 marying residency requirement to voting domicile the courts later found unlawful. Most agreed the law — which was revised the next year to remove offending provisions — would have severely limited college students voting in their adopted towns.

The current law is before the courts after an attempt  by Democrats and the American Civil Liberties Union to block it for municipal elections this fall found very limited support from a Superior Court judge who found new fines overly burdensome.

Long-time Secretary-of-State Bill Gardner, the state’s chief election officer, found himself at odds with his historic supporters when he agreed to first join Trump’s election fraud commission and then to turn over voting information to the commission. 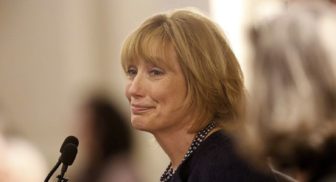 Trump blamed massive voter fraud for his New Hampshire defeat in the general election to Hillary Clinton, and for incumbent US Sen Kelly Ayotte’s defeat at the hands of former Gov. Maggie Hassan.

His voter fraud commission had a highly publicized meeting in Manchester and then became somewhat dormant under the weight of in-fighting among committee members and lawsuits.

This year New Hampshire finally joined its New England neighbors and a growing number of states across the country in decriminalizing the possession of small amounts of marijuana and hashish.

Former Democratic governors Lynch and Hassan and the Senate consistently opposed decriminalization but with Sununu’s backing, the measure passed this year over the continued objection of law enforcement.

School vouchers make a comeback under the Republican controlled State House with a bill that would allow parents to receive the state adequate education grant to send their children to private or religious schools, and for home schooling.

The bill passed the Senate, but the House decided to study the issue over the summer. A divided House Education Committee — by a one-vote margin — recommended an amended bill pass the House in 2018.

“The Education Freedom Savings Account” would allow low-income parents to receive 95 percent of the $3,636 basic grant school districts receive for each child in public schools.

If the bill passes the House in January, it will need review by the House Finance Committee before a final vote and negotiations with the Senate before final passage.

The uproar over sexual harassment throughout business, entertainment and government did not escape the halls of the State House.

The Senate paid an outside legal firm for advice in an incident involving Sen. Andy Sanborn, R-Bedford, who is running for the Republican nomination to the First District Congressional seat being vacated by US Rep. Carol Shea Porter at the end of next year.

Sanborn characterized his comments as crass, but said no complaint was filed. The Senate refused to release details claiming lawyer-client privilege although the Senate legal counsel Richard Lehmann said there was no settlement using taxpayer money.

And in the lower body, a number of House members refused to sign a paper acknowledging they received the House sexual harassment policies.

Several female lobbyists described their experiences with several lawmakers, noting they use the buddy system to ward off unwanted attention or advances.

This issue is not going away and will be closely watched as the session begins next week.

Another issue that continues to dog New Hampshire and lawmakers is the state’s opioid addiction crisis claiming an average of more than one life a day.

While state government has increased funding for treatment, recovery, prevention and education, the epidemic has showed few signs of abating.

The safe station program began in Manchester fire stations to connect addicts to treatment programs without fear of criminal charges has blossomed across the state and is being copied in other cities such as Providence, R.I.

At the same time, some of the recovery and treatment programs that sprang up to address the ballooning crisis have come under scrutiny due to financial problems and failure to have the proper clinicians on staff.

A little light is beginning to appear as the state is on track to see fewer overdose deaths this year than last for the first time in the decade since this epidemic began devastating families and friends. 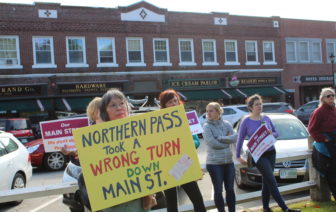 Protesters gathered in Plymouth to say No to Northern Pass.

The long-running battle over the $1.6 billion, 192-mile, high-voltage transmission line that would stretch from Pittsburg to Deerfield to bring Hydro-Quebec power to the New England grid took a giant step toward fruition this year with adjudicative hearings. The hearings began in April and finally ended the third week of December.

The Site Evaluation Committee begins public deliberations at the end of January with a final decision expected by the end of February.

Northern Pass has pit unions, larger businesses and advocates against environmentalists, preservationists, homeowners and small businesses along the route.

Like the school voucher issue, it will be decided next year as we say goodbye to 2017, a year as polarizing as Northern Pass.