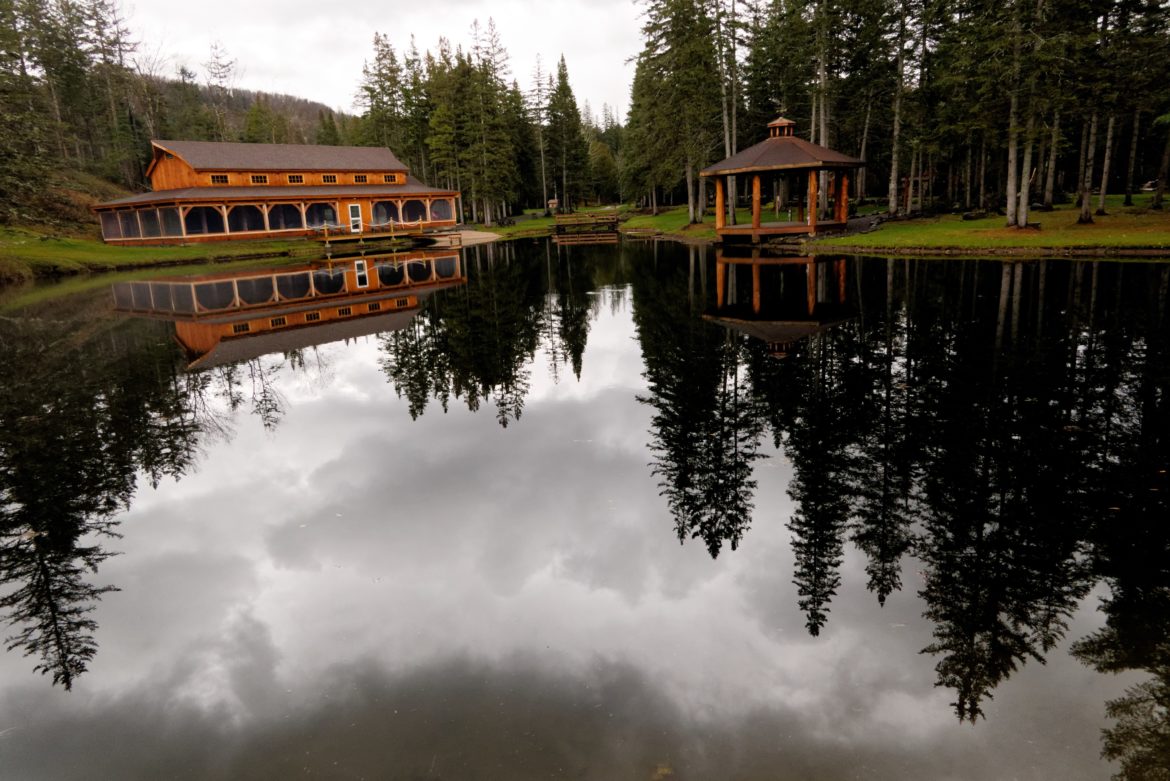 BYOB: Bring Your Own Business Entrepreneurial Tales From The North Country

This is the fifth in an occasional series on entrepreneurs and innovation in the North Country. If you have a suggestion contact: nancywestnews@gmail.com

COLEBROOK – Now in his 60’s, Dana Bartlett could have taken the traditional course, retiring from his dental practice and taking it easy. But there was this tantalizing challenge that he couldn’t resist: starting a business to host rustic weddings.

Bartlett and Cynthia, his wife, did face a couple of little problems.
First, they knew nothing about the hospitality business or the behind-the-scenes business of nuptials.

Second, they didn’t have a building. 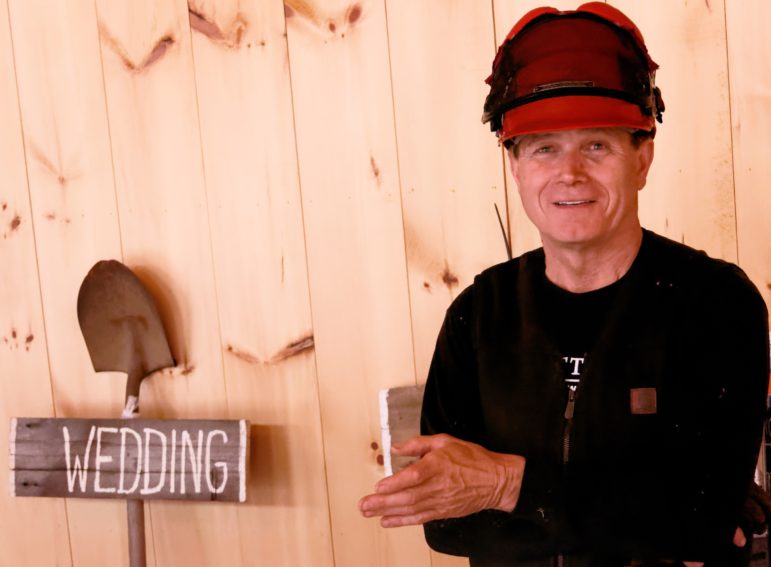 Given the investment in time, money and the risk, some might see such a decision as bold or even reckless. But the Bartletts couldn’t resist. “We took the leap of faith,” he said.

The landing for that leap was Mohawk Falls, about 40 acres of land just off Route 26

The Bartletts started buying the land in 1986. They saw it as a lovely location – including a waterfall – to share with friends and family.

Then about six years ago they began toying with the idea of sharing the site with more people, which would, incidentally, help with mounting expenses. And the focus would be rustic weddings.

The decision was not made quickly. For six years they flickered back and forth. Money. Effort. One concern was the property being damaged.

“The public is not always as careful with your property as you are,” Dana Bartlett said. “But I felt we had something special here that we had enjoyed for a number of years and it was time to share that.”

The Bartletts borrowed some money from a bank.

“And I robbed Peter to pay Paul. My dental business was being tapped into all the time,” Dana Bartlett said.

Friends and family also helped, including erecting a pavilion and a gazebo. It was like an old-fashioned barn raising, except that it was informal and went on for months and months with people just showing up and pitching in.

There were glitches and delays, but Bartlett said he had this persistent vision of a successful business that wouldn’t fade.

“It was kind of like the carrot that keeps me going,” he said.

The Bartletts also hired Britni Haley, a local with hospitality experience, to help with social media and advice. Sooner than they expected – in September 2016 – they had weddings booked.

And there was this awkward thing about that. 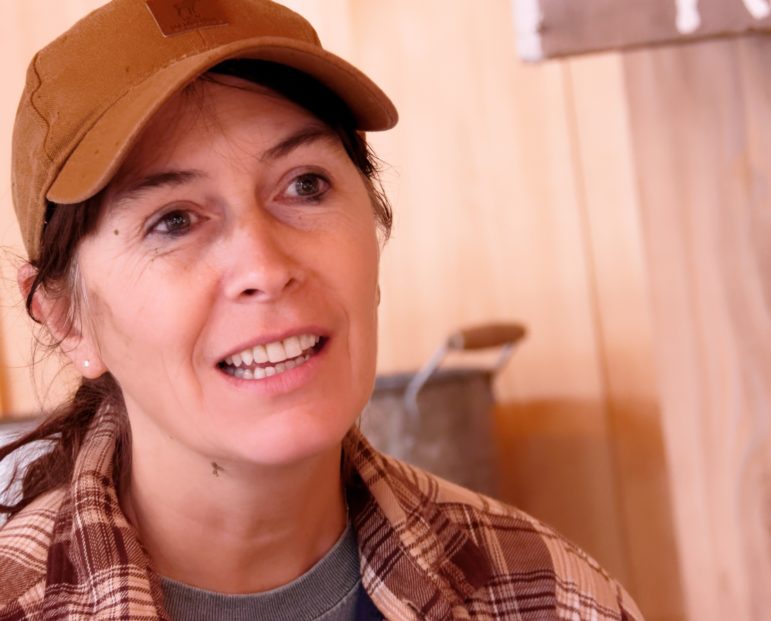 “We had the first two bookings before we finished the building, which was kind of scary because we were still doing construction the morning of that wedding,” said Dana Bartlett.

Indeed, when the bride showed up early to check things and discovered construction underway it did not calm her pre-wedding jitters.

“She is looking at it kind of like ‘Oh, my God,’” Cynthia Bartlett said. But everything was finished and tidied up when the guests arrived, she said.

And the bride and groom were happy, according to remarks they posted on the Mohawk Falls website.

“Beautiful location and awesome staff!! We held both our wedding and reception at Mohawk Falls and everything was outstanding,” groom Jason Beloin wrote. “You will be hard pressed to find a better venue to host any event or celebration.”

Mohawk Falls has been open for a little more than a year now. The Bartletts said it was quite a learning experience and the key was listening to what people wanted.
“We learned something new every wedding,” said Cynthia Bartlett.

During the past year Mohawk Falls was the site of a crafts fair, several music events and an adventure race. There were four weddings, all from northern New Hampshire. They have nine booked for the coming year, with some from southern New Hampshire and Massachusetts.

“I know that anyone that is going to be successful in business is going to fall on their face a number of time along the way,” he said. “You just have to pick yourself up, keep going and don’t get discouraged.”

BYOB: REK-LIS: BREWING A NEW LIFE IN THE NORTH COUNTRY

BYOB: THE POLISH PRINCESS OF LANCASTER

BYOB: IN THE NORTH COUNTRY, AN OWNER’S MANUAL FOR RUNNING A BUSINESS