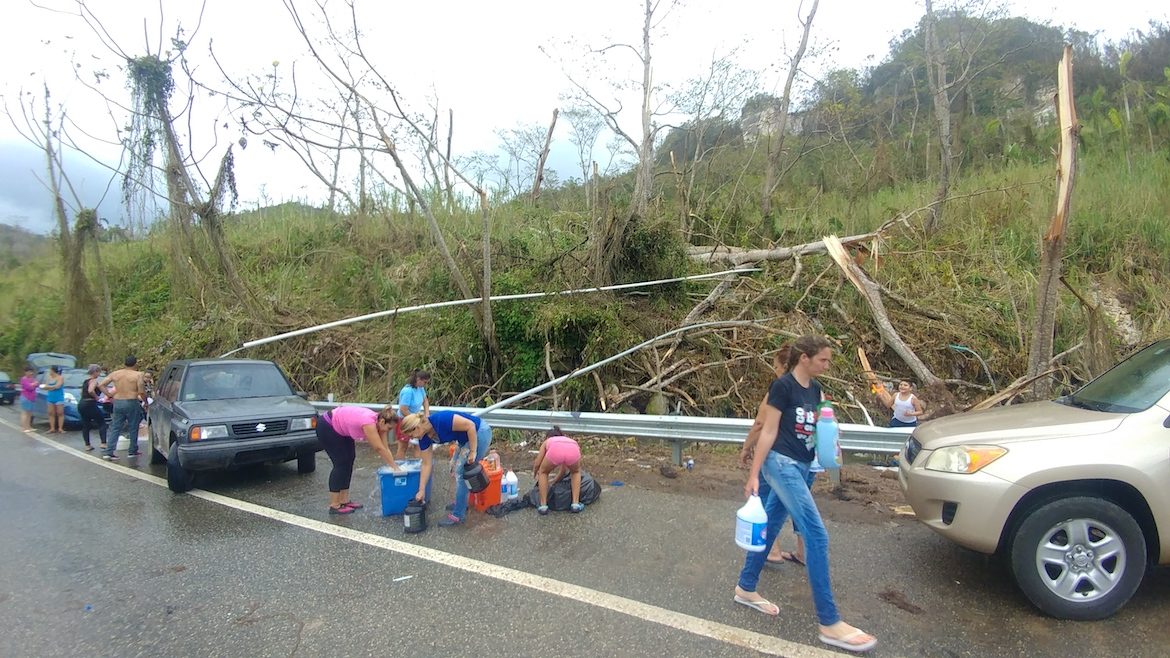 Some places can’t seem to buy a break. Puerto Rico, ‘la isla del encanto’, has been
just such a location.

Despite its obvious charms, the little island has suffered
enormously during the 119 years it has been a territory of the United States. The
first several decades following acquisition saw the island administered by
unscrupulous governors, who were determined to maximize their personal gains
from the island’s sugar cane and other resources.

One of the early actions of the U.S. Congress was to implement a travesty known as
the Jones Act. This law, enacted in 1920, decreed that only American ships could
carry goods and passengers from one U.S. port to another. Despite the fact that this
law has outlived its original purpose of protecting American shipping concerns, it
remains in place today.

The Jones Act requires that every foreign vessel be rerouted
through a U.S. port. As a result, the cost of goods in Puerto Rico (food, medicines,
automobiles, machinery, etc.) have skyrocketed, thereby contributing significantly
to a $17 billion dollar loss to the island’s economy between 1990 and 2010 alone.
Today, food in Puerto Rico costs approximately twice as much as in Florida, and
gasoline and energy costs are at least 30 percent higher on the island.

The media is filled with stories about the island’s government debt crisis. Owing to
poor financial decisions and corruption, the figure now exceeds $70 billion dollars.
What many Americans do not know is that residents of Puerto Rico—despite
holding U.S. citizenship, with many having served as members of the U.S. armed
forces—are not permitted to vote in our quadrennial presidential elections, nor do
they have a voting member in Congress. Thus, arcane laws such as the Jones Act
linger.

After generations of being subjected to an extensive military presence, then being
presented with the promise of industrial development (which has been
subsequently withdrawn), the one remaining way for Puerto Rico to benefit from
its U.S. ties is through tourism. During recent years, the island has attracted
approximately 4 million visitors, the majority of whom arrive from the U.S. Those
airborne guests and cruise ship patrons have contributed to the creation of new
accommodations, port facilities, retail opportunities, infrastructure, services, and
jobs.

Despite competition from Florida, the Dominican Republic and other Caribbean
islands (recently including Cuba), tourism has contributed substantially to Puerto
Rico’s economy. As recently as 2016, despite the island’s economic woes and the
enormous disadvantage that the Jones Act has fostered, island tourism was holding
its own. That was before Hurricane Maria reached the island in mid-September of
this year.

Maria overwhelmed this 3500 square mile island. At the time of this writing, much
of Puerto Rico still lacks power and communication facilities. Most hospitals are
unable to provide basic services. Roads were washed away or blocked by tons of
debris. Residential and commercial buildings have been rendered useless. Most
tragic of all has been the loss of life, as well as the risk of disease still to be faced by
these magnificent people.

Washington has pledged to provide federal help to Puerto Rico. However, the
necessary number of military has not arrived. FEMA has yet to provide a sufficient
presence. No hospital ships are floating in San Juan harbor.

And what of the winter tourism season that is so vital to the island’s economic well-
being? With the rebuilding process slow to commence, with basic services absent,
and numerous beaches and forests having been decimated by Maria, the immediate
future of the island’s travel industry is in question.

As someone who has spent the last decade wintering in Puerto Rico, I have learned
first-hand how proud, accommodating, and vibrant the people of this island are. It is
now time for Congress to regard this tropical island of more than 3 million American
citizens as it has long deserved to be treated—by implementing recovery measures
akin to those other U.S. citizens would expect to receive. One place Congress can
begin is by overturning the Jones Act immediately, then moving forward from there.

For information on current things to do in New Hampshire, click here.