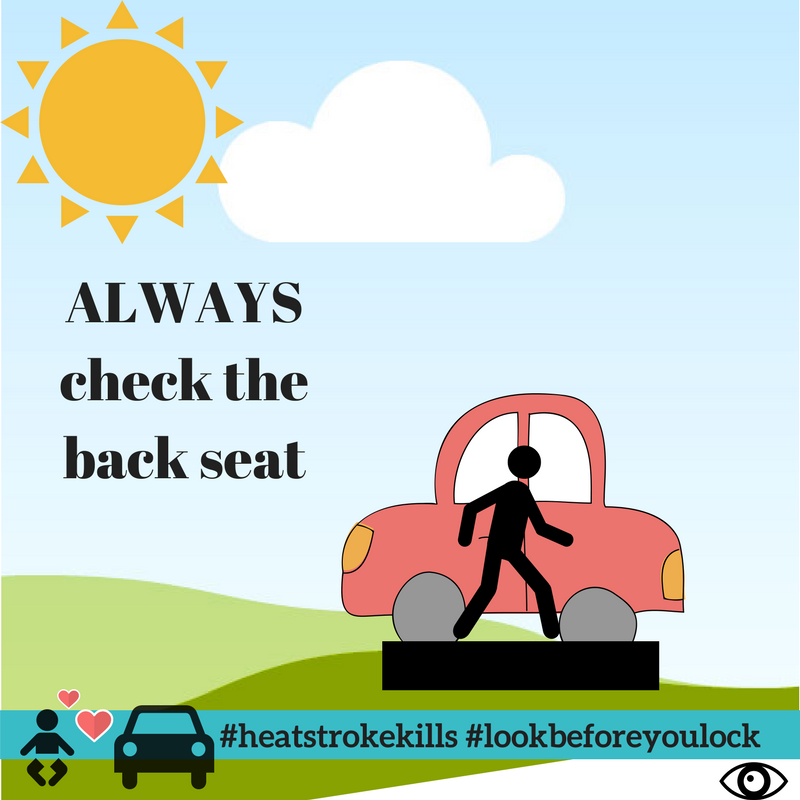 Each year, roughly three dozen children die of heatstroke in unattended vehicles. Today three congressmen and a coalition of safety groups announced plans to do something about it, through legislation to require alerts in cars as a reminder that there may still be a child in the back.

The proposal, backed by more than two dozen safety, health and consumer groups, is aimed at preventing tragedies that occur when parents or caretakers forget sleeping babies in the car seats behind them.

“These are children who are unknowingly left behind in vehicles,” said Jackie Gillan, president of Advocates for Highway and Auto Safety at a Washington D.C. press conference. “We also need to spare families the unspeakable heartbreak of such tragic and needless deaths.”

In the last twenty years, more than 700 children, most no more than three years old, have perished from heatstroke in unattended cars. In most cases, caretakers forgot the children or were unaware of the risk. In other cases, children got into cars and accidentally locked themselves inside.

Federal highway safety officials warn that cars can reach deadly temperatures in as little as 10 minutes even with outside temperatures in the 80s and a window cracked open. They suggest that when drivers put infants in the backseat they also place a phone, purse or briefcase in the back to ensure that they check before leaving the vehicle.

The new bill, similar to one that stalled in committee last year, calls for the Secretary of Transportation to issue a rule within two years requiring cars to be equipped with an audible and visual alert to remind motorists of a passenger in the back seat. The specific design would be up to individual automakers.

Nowadays, “we get into our cars and there’s a bell and a whistle for just about everything that we can possibly do wrong or forget,” said Rep. Tim Ryan (D-Ohio). “And there is absolutely no reason why we can’t have the technology available in cars today that will allow a parent who’s hustling around, stressed out,” to be reminded “that you may have a kid in your car.”

Called the HOT CARS Act of 2017, it is co-sponsored by Democrat Jan Schakowsky of Illinois and Republican Peter King of New York.

Even if enacted, however, the law will accomplish only so much. Because of the time it will take to implement the rule and for new vehicles to replace existing ones, it would be years before most cars have the safety alerts.

Moreover, it would not address cases of children going into vehicles on their own, or being left in the back by adults who assume they will be safe for a few minutes Together, such scenarios account for nearly half of the heatstroke deaths, according to Bay Area meteorologist Jan Null, who has tracked such deaths for twenty years on his website noheatstroke.org.

Among the speakers at the press conference were relatives of three babies who died after being left in cars.

Deona Ryan Bien, whose one-year-old daughter Aslyn, died in 2004 while under a babysitter’s care, has since successfully lobbied for an education program in Hawaii for new drivers to be taught the risk of heatstroke in unattended cars. “We all long for the day that no other children will join ours in heaven,” she said.

Another speaker, Miles Harrison, was tried for involuntary manslaughter after forgetting to drop his 1-year-old-son Chase at day care and leaving him when he parked for the day at his office in 2008.

Said Harrison, who was acquitted: “I pray every day for Chase. I still have not forgiven myself and I don’t know if I have the capacity to do so.”

“This did not have to happen,” he said, “if there had been a simple chime alert of my son’s presence.”

So far this year, nine youngsters have died after being trapped in cars, safety advocates say.

On May 26, two year-old Juliet Ramirez and her 16-month-old brother, Cavanaugh, were found dead in a car outside their Parker County, Texas home. The toddlers’ mother told authorities that the children may have gone into the vehicle while playing on a 96-degree afternoon.

Days earlier in Caldwell, Idaho, five-month-old Kyrae Vineyard was found dead after being left in a car in 75-degree weather with the windows rolled up. According to local media reports, a friend of her mother, who had been watching the baby, said he forgot that she was in the vehicle.

Several models of Evenflo car seats are now equipped with sensors that chime after the engine is turned off.

And the 2017 General Motors Acadia SUV sounds an alert when it is turned off if a back door was opened before the vehicle was started. The device does not specifically detect the presence of a child, but prods motorists to check for whatever they placed in the back.