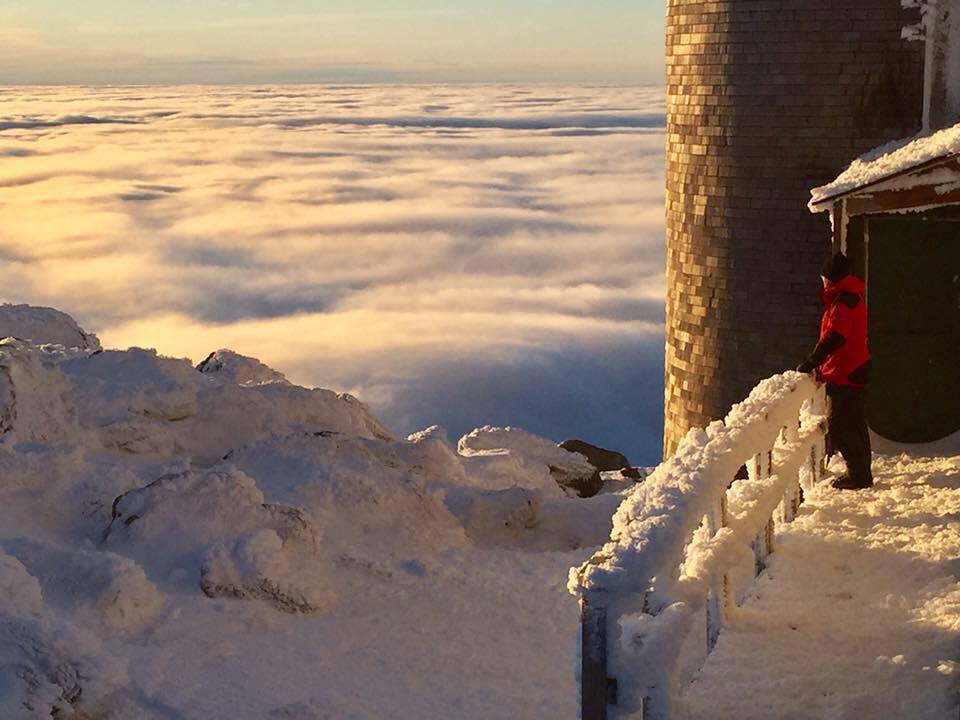 Life at the top: Author Dan Szczesny is volunteering for a week at the Mount Washington Observatory to research his book "The White Mountain." 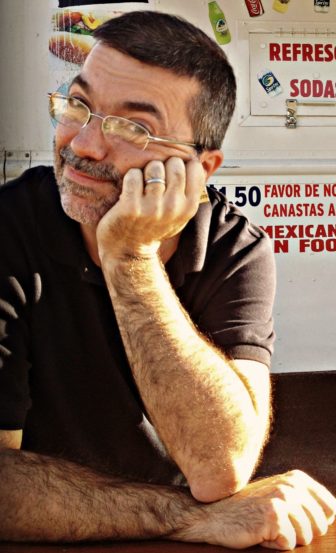 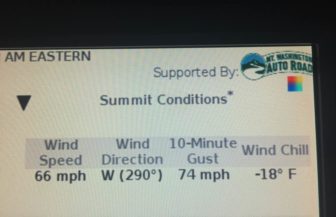 Woke up to these summit conditions! (April 8) Boy, I think I better hunker down and maybe make some tea and wait for things to clear up and….. hahahaha, just kidding, I’m gonna take a “walk” outside!

Manchester author Dan Szczesny is living at the Mount Washington Observatory for a week researching how the place works, talking to meteorologists, and experiencing the weather.

He has also signed on to cook for the staff and do some basic chores in exchange for the experience with his friend and fellow volunteer John Donovan.

He’s gathering facts for the book he is writing, “The White Mountain.”

“Each day I’m here I’ve done some writing, some long, some short, and accompanied that with photos and video,” Szczesny said.

Today, with the wind howling through the stove vent, the giddy observers recording the late season storm that coated the summit in thick rime and my partner John happily watching videos of his grand-daughter enjoy her first amusement park, I began looking for details – I began to wonder about the name plaque on my room, Alexander A. McKenzie.

McKenzie is one of the four founders of this place where I’ve lived for a week, less known perhaps than his bigger-than-life observatory founder partner Joe Dodge. But it didn’t take much searching to realize how crucial Macko – as he was called by Dodge – was to this magical place, and indeed to meteorology world wide.

Macko was one of the observers on duty in 1934 when the Big Wind, 231 miles per hour, was recorded. He was an expert radio man, charged with connecting the huts. Nearly every day until his passing in 1997, he would call the observatory from his home in Eaton, NH and broadcast the weather from his little town to observers at the summit, eager to hear from the legend.

And I discovered something else. He was a poet and philosopher, his daily logs of the early days of his station at the summit read like amazing, little snippets on life, health and nature. Humor me and let me bring one amazing passage to you, written on Sept. 23, 1934. Here, the only 24 year old McKenzie begins to think about ways to be a good leader:

“I must govern my tongue and my mind. I must expend effort wisely. I must play. I must devote time to myself, to read, to write, to keep clean and keep my clothing in repair. I must eat properly and be healthy in my habits… This Observatory on a mighty mountain must be fine in every way. God give me strength.”

Can you imagine? I hope to write more about Macko for the observatory next week when we celebrate National Big Wind Day on April 12. Till then, keep Macko’s wise words in mind.

Every other Tuesday, he writes a new column “365 Days of Mountain Mischief,” which is co-published by InDepthNH.org and Manchester Ink Link.

Manchester author/journalist Dan Szczesny writes a new column, ‘365 Days of Mountain Mischief,’ which includes snippets from his upcoming book on Mount Washington, ‘The White Mountain.’ (Available Spring 2018) Become a donor or sponsor to The White Mountain Campaign: email Dan at danszczesny@gmail.com or go to http://www.hobblebush.com/product-page/the-white-mountain