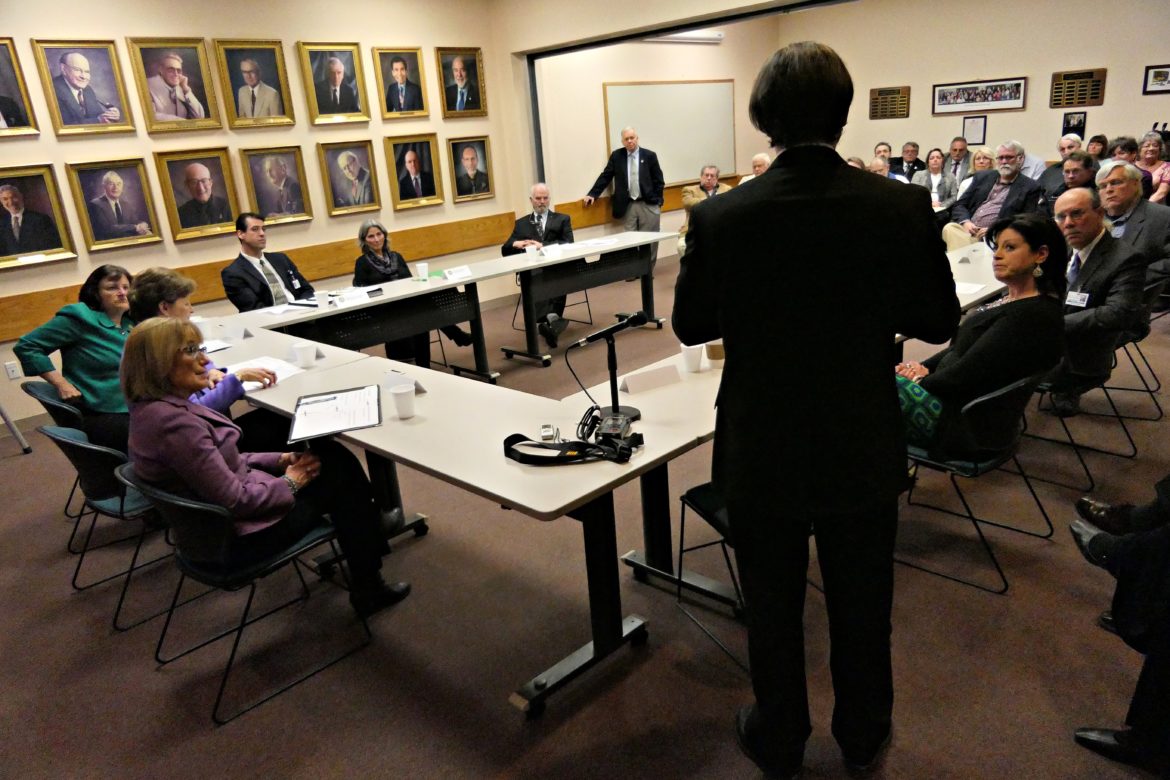 Ed Shanshala was among those who told the gathering that losing the Affordable Care Act without a suitable replacement would be a terrible thing for many in the North Country.

Seven health-care leaders in the North Country – deeply worried about the possible repeal of the Affordable Care Act – met Friday in Berlin with U.S. Senators Jeanne Shaheen and Maggie Hassan as well as U.S. Rep. Annie Kuster. InDepthNH.org’s reporter Chris Jensen documents this gathering using video, audio, a detailed story and photos of their discussion at the Androscoggin Valley Hospital. Also included below are the unedited audio of the seven health-care leaders from the North Country and the audio of the full session that Jensen recorded.

Social worker Paul Robitaille, a member of the audience, talks about his experience on the front line of health care in the North Country.

BERLIN – If the Affordable Care Act is repealed without an adequate replacement, it would be a disaster for many in the North Country, seven healthcare officials told Senators Jeanne Shaheen and Maggie Hassan and Rep. Annie Kuster.

Thousands would lose health care and hospitals and clinics would have higher costs that would reduce services and require layoffs, members of the Congressional delegation was told at a roundtable discussion Friday.

It is unclear to what extent the ACA would be changed and how any replacement would work.

The North Country officials said there could be improvements to the ACA, which is tied to the Medicaid expansion in New Hampshire. But even in their existing form, the two programs have been a great help to people struggling to make a living.

“We have a tendency to think about those on Medicaid as poor people who are unemployed when in fact many, many, many are people who are working more than one job,” said Ken Gordon, the chief executive officer of Coos County Family Health Services.

One benefit has been that people with pre-existing health problems have finally been able to get health insurance, said Nancy Frank, the executive director of the North Country Health Consortium.

Frank said her group has been in touch with people “with tears in their eyes telling us they have had a previously existing condition that they have been able to take care of and they would have died if they had not been able to have access to insurance.”

The availability of health insurance has been hugely important to some families because it means they can avoid catastrophic medical bills, said social worker Paul Robitaille, a member of the audience.

“I want to remind you what it was like before,” he said.

Robitaille told the delegation members about meeting with a man whose employer fired him shortly after he learned the man had terminal cancer. The man contended he was fired because the employer was worried that the company’s insurance premiums would increase.

“He came in to see me, by himself, and he sat down. You could see he was crippled up with the cancer already. He said, ‘You mean to tell me that not only am I dying and I am not going to see my kids graduate, but I am going to leave my family impoverished before I can get any help?’ And, I had to look him in the eye and say ‘Yes.’”

The ACA has also meant people have been able to get preventive health care that would avoid a serious and more expensive problem later, said Michael Peterson, the president of the Androscoggin Valley Hospital.

Without that preventive care people wait “to the last minute to come see us in the emergency room,” he said. “That’s bad for the patient and means the hospital winds up footing the bill.”

The ACA means far less money is spent on uninsured patients, Peterson said. “We have seen a halving, a 50-percent reduction in our bad debt,” he said.

He said if the ACA and Medicaid expansion are eliminated and not adequately replaced, it would cost Androscoggin Valley Hospital about $3.7 million each year.

“That would be devastating to an organization our size. Our margins are razor thin. That would quickly move us back into the red,” he said.

Ed Shanshala, the chief executive officer of Ammonoosuc Community Health Services, which has 130 employees, said the loss of the programs would mean a “draconian” reduction in services to patients and the loss of some jobs.

“We have six care-delivery sites Warren, Woodsville, Franconia, Whitefield, Littleton and dental,” he said. “We would close all but two.”

A wide range of services would be trimmed or eliminated and it would probably be impossible to hire doctors, he said. Instead there would be a shift towards nurse practitioners. 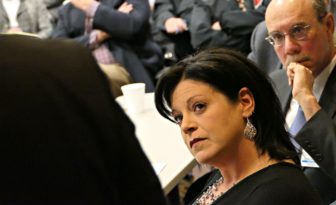 Kristy Letendre and Ken Gordon were among the seven health care leaders from the North Country.

Before the ACA and Medicaid expansion, there was a desperate financial struggle to help everyone who needed it, said Kristy Letendre, the director of The Friendship House in Bethlehem, which deals with substance abuse.

The ACA and Medicaid expansion were “the light at the end of the tunnel for the population that I serve,” she said. “The impact is huge when you are talking about my program. And our survival really depends on this population having access to this insurance.”

Hassan said this is a crucial issue.

“Yes, there are improvements that we need to make to the ACA but to pull out the rug right now would just be truly destabilizing and truly catastrophic for a lot of the people in this state,” Hassan said. 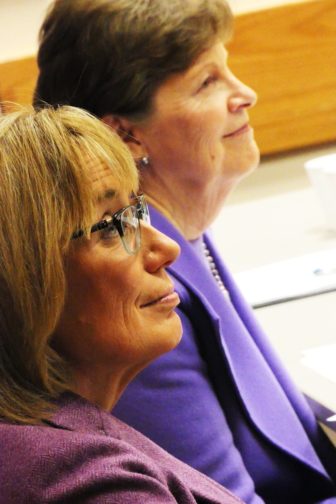 Hassan told InDepthNH.org that the key to saving the programs will be people and businesses telling their elected officials nationwide how they have been helped by the programs.

“You just keep trying to make the case,” she said.

Shaheen said she hopes the Congressional leadership will realize that the situation is more complicated than they thought and that they can’t repeal the Affordable Care Act and replace it with something that is both better and less expensive.

“So, I am hopeful that at some point we will get to the place where we will work together to make changes and improvements rather than repealing it, but we are not there yet,” Shaheen said.

Kuster said the election is over and it is time for some across-the-aisle cooperation in Congress.

“We’re all Americans. We’ve got to have a conversation about how to take care of our families, our friends, our neighbors, people down the street…because we are all in this together,” she said.

Unedited remarks by seven healthcare leaders and the unedited audio of the full roundtable discussion at Androscoggin Valley Hospital on Friday.

U.S. Senators Jeanne Shaheen and Maggie Hassan and Rep. Annie Kuster joined citizens and healthcare leaders on Feb. 24, 2017, at the Androscoggin Valley Hospital.  This is the full audio of the roundtable discussion.