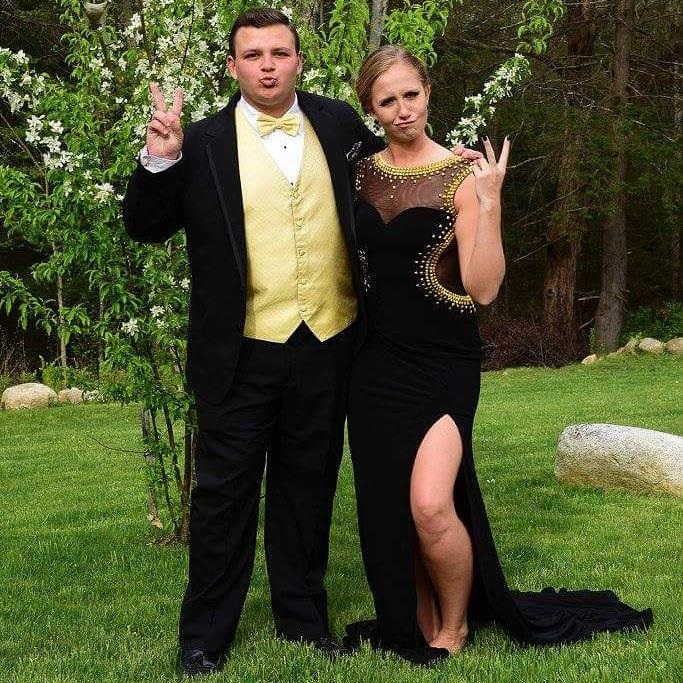 David Lovlien Jr. and his best friend Hanna Bolduc, who is now a U.S. Marine

Hanna Bolduc is one of my best friends. During our senior year of high school we even went to prom together. Hanna has long blonde hair and a gorgeous white smile that lights up any room.

After we graduated, she enlisted in the United States Marines. We all encouraged her and supported her decision to serve.

At the time, however, I really did not understand the courage of her choice.

A week ago, I found myself in Regal Cinema in Concord watching the new Mel Gibson movie, Hacksaw Ridge. It’s about Desmond Doss, a soldier who served as a medic in World War II and refused to carry a weapon because of his religious beliefs.

I experienced a revelation while watching this film. I realized I will never be able to truly grasp the horrors of war. I believe more strongly now that all members of our armed services should be applauded every day.

On screen, gunshots rang out in loud bursts and we all jumped in terror watching the young men die.

“Call in a strike,” Sarge yelled into an old World War II radio, communicating to the massive naval destroyer clearly visible from the beach.

The nine 16-inch cannons on board the fearsome United States battleship raised slowly and spun towards Hacksaw Ridge. The Japanese were fighting ferociously, driving our soldiers back to the beach.

Abruptly, the sky filled with fire and the world was lit ablaze. The Navy destroyer launched a strike upon the enemy leaving the battlefield a fiery hell.

Deafening booms exploded throughout the movie theater and we all watched in horror as the battlefield filled with smoke. It was now silent. We were all on the edge of our seat waiting to see if those boys made it out alive.

I thought to myself: “Is this what war is really like?”

As the movie ended, my friends and I walked out stunned, barely muttering a word. We were lost in our thoughts trying to comprehend why the world was so evil.

Jimmy, Gaelyn, Mike, and I hopped in the Volvo and headed to Panera Bread in Concord to grab dinner.

“Honestly guys, if I was still a little kid, I would have cried,” I said.

Our table was now silent as we pondered the meaning of sacrifice.

I walked up to the counter to grab an orange soda. I couldn’t shake the images of the gruesome battlefields and the freedoms that we have today.

I sat back down at our booth blowing the hot steam off my piping hot broccoli soup.

“You know what’s a scary thought?” said Mike. “What if the Germans won?”

I’m in college and I used to think there were only two types of jobs: blue-collar and white-collar. I aspire to be a white-collar worker, trying a case in some courthouse fighting for justice as a trial attorney.

I’ll have friends in the blue-collar industry building amazing structures with their hands that will surely be viewed as architectural wonders.

But after seeing this truly inspirational film, I am convinced that there is one more important calling. It’s the one that Hanna chose.

This Thanksgiving I want to thank Hanna; my cousin Derrick, a Green Beret; my cousin Chris, a Marine, and my grandfather, Jay McDuffee, who fought in the Battle of Guam, and every one of our service members and veterans for the sacrifices they make every day.