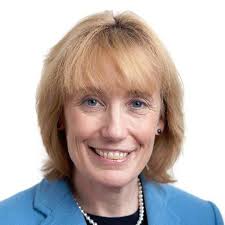 OpenSecrets Blog and The Boston Globe’s Spotlight team partnered on this story, which was published by both outlets.

So far, at least 12 politicians from around the country, including eight candidates for the U.S. Senate and Massachusetts state Treasurer Deb Goldberg, have said they will return more than $250,000 in donations from Thornton, a major fundraiser for the Democratic party nationally.

A report by the Globe’s Spotlight Team and the Center for Responsive Politics Sunday found that the firm gave attorneys hundreds of bonuses that matched their political donations, a legally dubious practice that prompted calls for state and federal investigations.

A Clinton campaign official said she would return the donations she’s received to the U.S. Treasury rather than giving the money back to the law firm. The official didn’t say how much, but Center for Responsive Politics records show that Clinton has received at least $20,000 from lawyers at Thornton and their spouses during her presidential campaign.

Walsh said his campaign staff is reviewing the tens of thousands of dollars in donations his campaigns have received from Thornton lawyers over the years, but will immediately return more than $15,000 received this year. He said his campaign is following directions from the state Office of Campaign and Political Finance.

“We’re reviewing everything,” said Walsh in an interview.

The law firm, in a statement issued late on Monday, defended its contribution practices.

“The Thornton law firm has done nothing wrong and it consulted with an outside law firm and accountant ten years ago when its political donation program—involving the personal funds of equity partners only– was implemented,” said Thornton Law Firm’s attorney Brian Kelly. “While we see no need to do so, if individual politicians want to return donations that certainly is up to them.”

The state’s governor, Charlie Baker, along with the Massachusetts Republican Party and a conservative think tank, called on federal and state campaign finance watchdogs to investigate more than $1 million in campaign contributions from the firm’s lawyers.

“I certainly hope this issue gets investigated,” said Baker. “I think this particular story in the Globe raises a number of serious issues, and I hope that the parties that are involved in regulating campaign finance at the state and federal level take a look at it.”

The Massachusetts Fiscal Alliance, the conservative think tank, wrote to the state’s Office of Campaign and Political Finance, requesting that it investigate more than $250,000 in donations Thornton lawyers wrote to state and local candidates. If regulators open an investigation, it would be the biggest campaign finance inquiry in state history, records show.

The Globe and the Center, a Washington D.C.-based non-profit that analyzes campaign spending, reported Sunday that three partners of Thornton Law Firm and one of the partner’s wives donated nearly $1.6 million to Democratic Party fund-raising committees and politicians from 2010 to 2014.

During the same period, the partners received $1.4 million in “bonuses,” according to the report. More than 280 of the contributions matched bonuses that were paid within 10 days.

Experts told the Globe and the Center the reimbursement program could violate federal and state laws because repaying donors can conceal the actual source of the contributions and enable the real source to exceed contribution limits. The practice also could violate Massachusetts law, which prohibits donations by corporations or partnerships.

Federal law allows partnerships to give, but only as much as an individual may contribute; this year, that’s $2,700 per candidate.

Thornton has maintained that the program complied with applicable laws. Lawyers for the firm said the reimbursements were legal because they came out of the partners’ own money.

On Sunday, New Hampshire Gov. Maggie Hassan said she would give $51,000 in campaign donations she received from the law firm to the U.S. Treasury, the Globe and the Center reported. Hassan is the Democratic candidate for the U.S .Senate in this year’s election.

Since then, several other Democratic Senate candidates said they too would be giving the Thornton money to Treasury, including Russell Feingold of Wisconsin; Catherine Cortez Masto of Nevada; Katie McGinty of Pennsylvania, Ted Strickland of Ohio, Patrick Murphy of Florida, Jason Kander of Missouri and Tammy Duckworth of Illinois.

Duckworth’s staff said she attended a breakfast fundraiser at the firm’s Boston offices in 2015.

In Massachusetts, state treasurer Goldberg said she will give back the money she received from lawyers at the firm — $9,500, according to state records.

And one state legislative candidate, Democrat Joan Meschino of Hull, said she is returning $5,750 from Thornton. She is running for the seat vacated in July by Garrett Bradley, a partner at Thornton.

But Elizabeth Warren, a top recipient of Thornton Law Firm largesse, said she was not ready to return Thornton donations yet. The Center for Responsive Politics found that her campaign committee, combined with her leadership PAC, have received $129,520 from Thornton lawyers since 2007.

Warren’s office said the senator thinks the matter should be reviewed by legal authorities and if it is determined the donations were impermissible, the senator will give the money back.

A spokesman for Rep. Joseph Kennedy said the Democratic lawmaker is “troubled” by the allegations against Thornton. “His campaign is currently reviewing all Thornton Law Firm donations,” according to a statement from his office.

“It’s troubling to see that so many Massachusetts Democrats have taken donations from a firm that ran a potentially illegal fundraising scheme designed to circumvent campaign finance rules,” Hughes said in a statement. “Regulators at OCPF and the FEC must immediately investigate this Democrat fundraising scheme and the candidates who participated in it, to ensure the integrity of our campaign finance system.”

Jay Cincottic, the executive director of the state’s Democratic Party, one of the largest recipients of donations from the firm, said it is “reviewing the contributions with our legal counsel and compliance team. We take campaign finance issues very seriously.”

Cincotti then called the Republican party hypocritical for “pointing fingers while, at the same time, helping Charlie Baker run a laundering scheme that not only promises access to the governor, but that funnels tens of thousands of dollars from the RNC into Baker’s campaign coffers.

Cincotti was referring to a 2015 Globe story that said Baker had used the state GOP’s federally raised donations to rebuild his campaign account, despite a 1998 Massachusetts law banning the use of federal funds for state political activities.

The Fiscal Alliance called on state regulators to pay particular attention to the actions of one partner, Bradley, who was the House assistant majority leader until he abruptly resigned in July as the Globe began asking questions about Thornton’s business practices. Alliance officials said regulators should should look at his role in providing donations and his actions as a lawmaker on Beacon Hill.

“Such contributions by Bradley and his associates must be returned as part of restitution, as the monies constitute an unfair advantage,’’ said Paul Craney, the group’s executive director, in a statement.