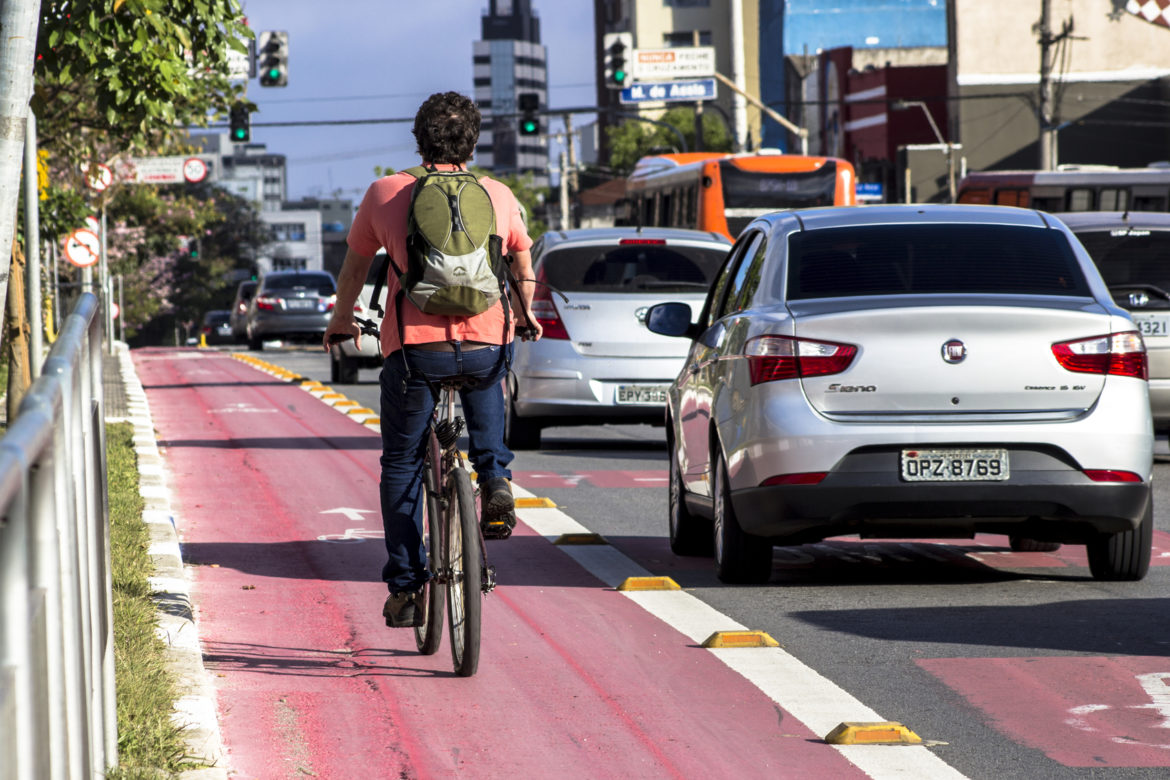 More Americans are bicycling or walking to work these days, getting healthy exercise and doing their bit to reduce traffic and air pollution. But with little government investment in safety measures, such as protected bike lanes and sidewalks, more cyclists and pedestrians also are getting killed.

Fatalities jumped nationally last year among bicyclists, rising 12.2 percent to 818. Pedestrian deaths climbed 9.5 percent to 5,376. Both totals were the highest in two decades.

The number of traffic fatalities overall, drawn from the Fatality Analysis Reporting System federal database, reached 35,092 in 2015, up 7.2 percent from the year before. Although the percentage gain wasn’t as steep as it was for pedestrian and cyclist deaths, it represented the sharpest increase in nearly a half-century. (An early estimate released Wednesday of traffic fatalities for the first half of this year projects an overall increase of another 10.4 percent. The new numbers didn’t indicate how many of the deaths involved pedestrians or cyclists.)

Kate Kraft, executive director of the nonprofit group America Walks, blames the higher percentage increases of fatalities among walkers and cyclists on several factors. Along with the squeeze caused by more of them converging on streets lacking infrastructure improvements, Kraft cites driving distractions stemming from the use of smartphones and other electronic gadgets in cars. “In some ways,” she said, “there’s a perfect storm.”

The latest Census Bureau estimates, which cover 2013, showed that 4 million Americans walked to work and 860,000 biked regularly. Together, that’s about one million more than in 2005. While the changes are promoted to reduce urban congestion and improve public health, they sometimes infuriate motorists – spurring antagonism known in cycling circles as “bikelash.”

Still, an encouraging sign for safety advocates are statistics suggesting that the more people who commute by walking or biking, the safer those activities become.

The nation’s top bicycle commuting cities — Portland, Ore.; Washington, D.C.; Minneapolis; San Francisco and Seattle — are also among the safest for cyclists, according to a recent report by the Alliance for Biking & Walking.

According to a report released last November by the U.S. Government Accountability Office, bike and pedestrian safety until recently has taken a back seat in most communities because American streets have generally been designed “to move motor vehicles… as expeditiously as possible.”

“Design efforts such as widening lanes or minimizing sharp curves may have contributed to motorist safety, but may also have contributed to declines in pedestrian and cyclist safety,” the report said. “More recently, however, transportation agencies are beginning to focus on ensuring that roads provide safe mobility for all travelers, not just motor vehicles.”

Still, the GAO report pointed out that projects to boost pedestrian and cyclist safety around the country continue to be held back by tight government budgets.

The U.S. Department of Transportation, which in 2010 issued a policy directive calling for “safe and convenient walking and cycling facilities” in new street projects, last year budgeted $833.7 million for such work. Those funds can be exhausted quickly, given that protected bikeway projects – meaning areas where cyclists are separated from motorists by a barrier — typically cost up to $4.29 million per mile. Installing a mile of sidewalk can run $8 million.

Nevertheless, significant efforts are underway in some major cities, including New York, where 20 miles of new protected bike lanes are being installed this year. That follows a 2014 city transportation study that found that on avenues with protected bike lanes, serious injuries declined 75 percent.

In San Francisco, the hit-and-run deaths of two female bicyclists in a single day in late June spurred community outrage and a plan to add 15 miles of protected bikeways, more than doubling the city’s current total.

“It takes infrastructure,” said Dave Snyder, executive director of the California Bicycle Coalition. “The most important thing government can do is invest in safe, protected bikeways, whole networks in communities throughout the state and country.”

New York City, along with Washington, D.C.; Boston; Cambridge, Mass. and Portland, Oregon, have also begun fitting municipal trucks with side guards to protect pedestrians or bicyclists from being swept underneath the vehicles and crushed to death. As reported by FairWarning last year, trucks in New York accounted for 3.6 percent of vehicles, but were involved in 32 percent of crashes that killed bicyclists from 1996 to 2003.

In some places, officials have announced lofty goals while, critics say, making only superficial improvements that do little to increase safety.

Two years ago, California lawmakers enacted a law permitting motorists to pass bicyclists only when they have at least three feet of space. But such a rule is virtually impossible to enforce, and along tight-squeezed roadways, impossible to heed without a motorist waiting for many blocks to pass.

In Los Angeles County, an initiative on the November ballot, Measure M, would provide for a half-cent sales tax increase for transportation improvements, including more than $2 billion over 40 years for biking and pedestrian projects.

Yet a separate, newly released Shared Mobility Action Plan for the county devoted only one paragraph in its 53 pages to safety, while setting an ambitious target of removing 100,000 private cars from the roads during the next five years.

Kraft says that streets can be made safer for pedestrians by lowering speed limits and forbidding right turns on red. She acknowledges that such changes could antagonize motorists. Still, she contended, “When people speed away from a traffic light just to get to the next one, they’re not getting anyplace faster.”

Pedestrians themselves sometimes are to blame for safety incidents when they walk while drunk or while texting on their phones. According to Centers for Disease Control and Prevention statistics, 34 percent of pedestrian fatalities in 2013 involved walkers who were impaired by alcohol.