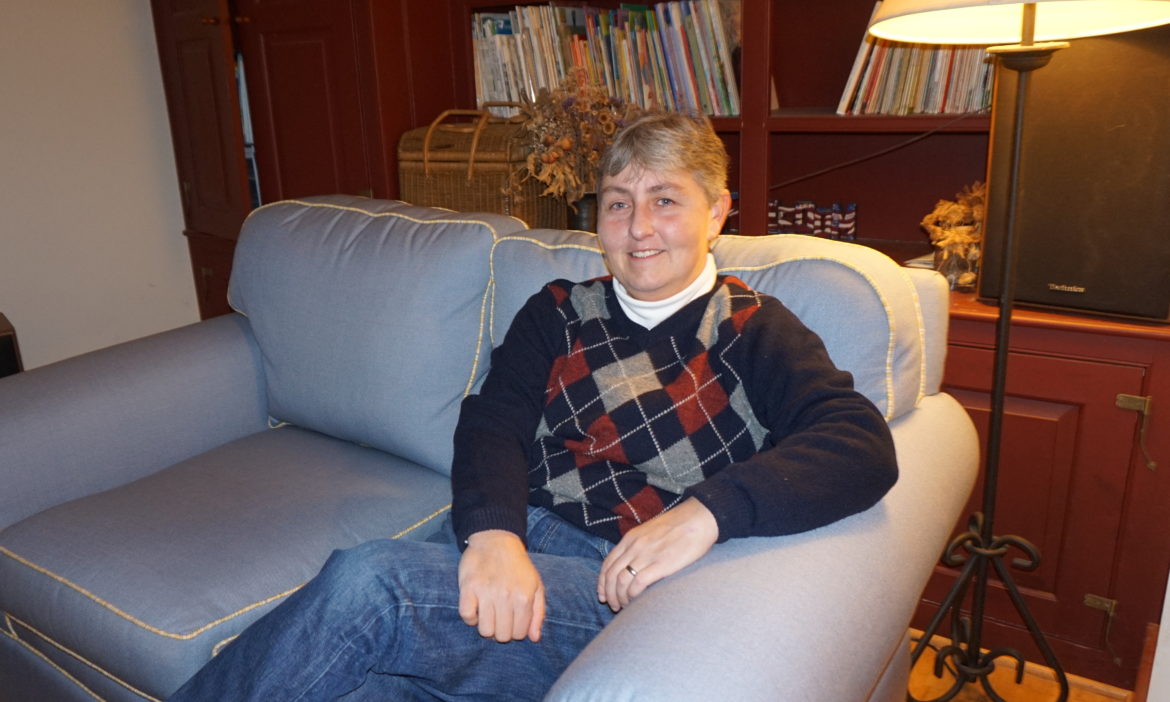 Carrire L. Nolet is pictured at her home in Chocorua.

Carrie L. Nolet, the retired gay trooper who sued New Hampshire State Police claiming gender discrimination and sexual harassment, has settled out of court because she got just what she wanted:

The chance to work to make things better for women and minorities in State Police, Nolet said. 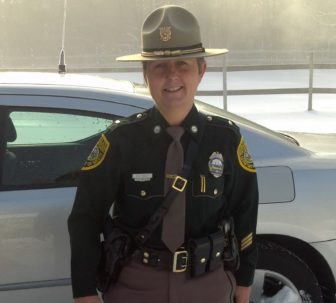 Carrie L. Nolet is pictured in state police uniform before she retired three years ago.

“I’m more interested in paving the way to make sure conditions are better in the future,” Nolet said.

Neither party admitted any wrongdoing as part of the settlement agreement that was filed earlier this week in U.S. District Court in Concord. State Police had originally denied Nolet’s allegations.

As part of the settlement, Nolet will work for State Police two days a month for six months on “Division policies in the areas of training, recruitment, promotion, peer-to-peer, and women in leadership,” the settlement stated.

State Police agreed to reimburse Nolet $750 in costs and to pay $2,880 for mediation, the total for both sides.

Her federal lawsuit filed in May of 2015 painted a picture of State Police as a good old-boy network in which male troopers belittled women, minorities and homosexuals.

“Male troopers called each other “P—-” to imply that they were not being tough enough and/or acting like women,” wrote Nolet, who represented herself in the lawsuit.

She said she was passed over for promotion to captain by less experienced men and was terrified for many years that co-workers would find out that she is gay.

Times have changed in the last three years since she retired and filed the lawsuit, she said.

There is now a full-time peer-to-peer representative to confidentially assist members of the division, and the NH State Police drill team now has four female members, Nolet said.

A native of Berlin, Nolet is also a veteran, having attained the rank of major before retiring from the U.S. Army Reserves. In 2003, Nolet deployed as Alpha Company Commander of the 368th Combat Heavy Engineer Battalion to the combat zone Operation Iraqi Freedom. She commanded 135 soldiers for a year in a desert remote outpost.

Had had she prevailed in federal court, a jury could have awarded her damages, but her lawsuit was never about money, according to Nolet.

“Many of the issues I had raised following my retirement have been positively addressed by the Division of State Police during the last three years,” Nolet said. “Whether there is a cause and effect relationship between the two, I can only speculate.”

“I am excited to return in a program specialist capacity to assist in any way I can, based on my experience, to further the programs now in place,” Nolet said.

She didn’t want her lawsuit to detract from the work being done by the many talented and passionate members of the Division, she said.

Stress on her and her family was also weighing on her. And there was no guarantee she would win in court and the costs to pursue the case were mounting.

Some of the new programs the division launched since her retirement three years ago include offering targeted training to the female members to address the unique challenges faced by women in the profession.

There is also a robust community outreach program to interact with minorities living and working in New Hampshire. “The Training Unit was expanded to facilitate more recruitment efforts to try and reach more qualified women and minorities and the Training Unit now includes a female representative,” Nolet said.

Nolet’s  first day of work as a civilian at State Police was Wednesday.

“It went very well,” Nolet said. “I got a lot accomplished. A lot of people were glad to have me back.”

She was also heartened to learn that state personnel rules were updated to include an oral board/interview process for promotion. The Division has incorporated a female of higher rank to participate on oral boards when a female trooper is vying for a promotion to provide a female leadership perspective, she said.

“I expect the same model will be incorporated for minority applicants for Division positions and promotions,” Nolet said.

In her lawsuit, Nolet said the stress from her 20 years in State Police enduring harassment and discrimination had caused her to become depressed. She’s glad to put it all behind her now, Nolet said.

State Police will have to work hard to recruit women and minorities, she said, adding she will attend a conference in October to learn new strategies. It is even harder now to recruit because of the highly publicized cases across the country in which police officers have shot and killed civilians, often unarmed black men.

“A diverse workforce is in the best interest of law enforcement and its leaders to ensure all relevant perspectives are represented within the profession and to mirror and maintain the trust of our diverse society,” Nolet said.

“This has weighed on me for three years now and this was my chance to move forward in a positive way,” Nolet said.