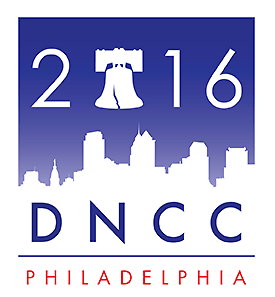 Talk about disproportional giving: The group organizing the Democratic National Convention in Philadelphia this year raised almost three-fourths of its donations from only 17 sources.

The Dems’ host committee raised $69.7 million, with $51.2 million of that coming in from contributions, grants, or in-kind donations worth $1 million or more each. That includes a $10 million grant from the Commonwealth of Pennsylvania and $5.6 million in Comcast-donated services and equipment. Excluding those large sums, 15 donors still gave $35.6 million, or about half, to the four days of festivities that began July 25. (The committee listed $74.9 million in contributions in its FEC report, but we deducted a $5.2 million refund from a deposit the Dems paid to a transportation company to get this total.)

In comparison, the Republicans raised $65.7 million, or about $4 million less than the Democrats — quite a turnaround from the 2012 season, when the Dems struggled to fund their celebration. Nineteen donors gave at least $1 million each. The GOP’s Cleveland 2016 host committee spent about $49.8 million, while the Philadelphia committee spent almost all of its funds, or $73.4 million.

The Democrats owe $6.3 million in loans to entities such as PIDC-LOCAL Development Corporation ($3 million) and Hargrove, Inc (2.4 million). The conservative convention owes about $1 million.

Several companies made large contributions to both conventions: AT&T topped both lists with $4.3 million in in-kind donations to the Republicans and $1.5 million to the Democrats; Microsoft’s gifts came to  $1.8 million for Cleveland and $650,000 for Philly. Facebook gave $1.4 million to the Democrats, $400,000 more than to the Republicans. Google, Xerox and Twitter gave evenly to both sides.

Many big contributions unsurprisingly flowed in from unions, with at least 11 labor groups giving $250,000 or more. The biggest checks came from the International Brotherhood of Electrical Workers ($2.2 million), the International Union of Bricklayers and Allied Craftworkers ($1.4 million) and the United Association of Plumbers and Pipefitters ($800,000).Labor leans left: So far, 85 percent of union campaign donations to candidates and parties, or $39 million, have gone to Democrats this election cycle.

As with the Republicans, only one individual Democratic donor gave a seven-figure check: $1.25 million came from billionaire J.B. Pritzker, an heir to the Hyatt Hotel fortune and cofounder of the private equity firm, The Pritzker Group. His sister, Penny Pritzker, is the current Secretary of Commerce, and founder of PSP Capital Partners and Pritzker Realty Group. (The Republicans grabbed $1.5 million from casino magnate Sheldon Adelson a month after the festivities.)

Large checks came from groups based in the City of Brotherly Love: the PIDC-LOCAL Development Corporation, a nonprofit founded by the City of Philadelphia and Greater Philadelphia Chamber of Commerce, gave $5 million, while the Philadelphia Convention & Visitors Bureau chipped in $4.5 million. Back in July, the IRS turned down the host committee’s request for tax-exempt status, which had been granted to previous host committees as well as this year’s Republican one. To work around the denial, donors instead could give to the Convention & Visitors Bureau and claim tax deductions, and the bureau passed the money along.

The City of Philadelphia’s gift of $8.6 million was actually federal funding from the Department of Justice for security measures, according to the mayor’s office. In total, $43 million, or almost 60 percent, came from the state of Pennsylvania alone.

A handful of big names that contributed to the Charlotte convention four years ago didn’t bring out their checkbooks this year, like Fred Eychaner, CEO of Newsweb Corp; he gave $500,000 in 2012 through his charitable fund, as well as a $100,000 personal donation. Democrats can hardly complain about Eychaner being stingy, though, given his $16 million in contributions to their campaigns and groups this cycle.

The last convention also took in $500,000 from former hedge fund manager Tom Steyer. But he, too, has spent heavily in 2016 — he’s the top megadonor and, with his wife Kathryn, has donated almost $40 million to boost Democratic candidates. Others who vanished from this year’s donors’ list: real estate guru Constance Milstein, who gave $300,000 for Charlotte, and James Rogers, CEO of Duke Energy, a North Carolina-based corporation; he gave $340,000 personally to the Charlotte host committee and his company made almost $10 million in in-kind contributions.

The Philly host committee raised more than twice as much as the one organized for the 2012 convention in Charlotte, which brought in about $35 million, including a $10 million loan. But the Charlotte committee was hamstrung when the Dems initially nixed corporate contributions. When individual contributions lagged, the Democrats went back on their word and created a second committee, New American City, to grab an additional $20 million, mostly from corporations. Bank of America, Duke Energy and Dreamworks were among the largest contributors to the second entity.

Democrats also had the help of the Democratic National Committee’s convention account, which had $15.2 million in contributions, compared to Republicans’ $19.3 million. The DNC account can accept contributions up to $100,200 per person to cover political activities, like delegate expenses, while the host committee pays for general uses, like outside parties.