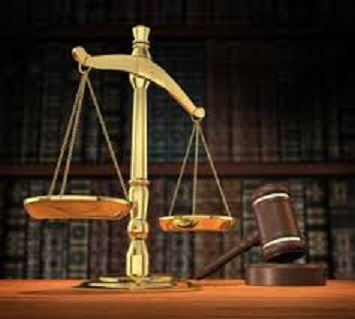 Are you representing yourself in a NH Court?

On August 19, 2016, the New Hampshire Supreme Court denied an appeal of a third circuit court decision in my divorce (212-1999-DM-00071) involving disgraced retired justice Pamela D Albee. The denial of that appeal let stand the lower court ruling which involved extensive advocacy by Judge Albee on behalf of the respondent.

This advocacy by the judge included;

— creation of the case

— entering that case law into evidence

— ruling on the evidence without permitting a hearing

The petitioner (me) filed a complaint with the NH Judicial Conduct Committee (JCC), which took more than 18 months to investigate and render its findings. While the investigation determined that errors were made, there was virtually no concern about Judge Albee’s advocacy activities, and the committee concluded that the judge should not be disciplined in the matter. The petitioner then filed an appeal with the NH Supreme Court which denied the petition, allowing the lower court ruling to stand.

When asked about this practice, Mr. Howard Zibel, Esq. general counsel for the State of New Hampshire said there is no “written policy on the issue.” So, like many matters addressed in NH Circuit Courts, advocacy is left to the discretion of the judge to administer.

At first glance, it seems this would be a violation of the New Hampshire Constitution, specifically PART SECOND Article 79, which states that “no judge of any court, or justice of the peace, shall act as attorney, or be of counsel, to any party, or originate any civil suit, in matters which shall come or be brought before him as judge or justice of the peace” September 5, 1792. But the Supreme Court’s ruling to let the lower court’s decision stand in this case makes it clear that New Hampshire courts will tolerate a very high level of advocacy by the presiding Judge on behalf of a litigant before it considers such advocacy to violate the New Hampshire Constitution.

Since it’s currently unclear how the circuit court judges determine which litigants they will extend this advocacy to, and to what degree, I intend to test the limits of this advocacy by filing my own request to learn how this process works. In the case mentioned at the start, the respondent never petitioned the court for the advocacy, the judge acted on her own. This process is clearly new territory for the courts.

Rioux is a financial services professional, lifelong resident of New Hampshire, and is a Republican candidate for State Rep From Nashua.