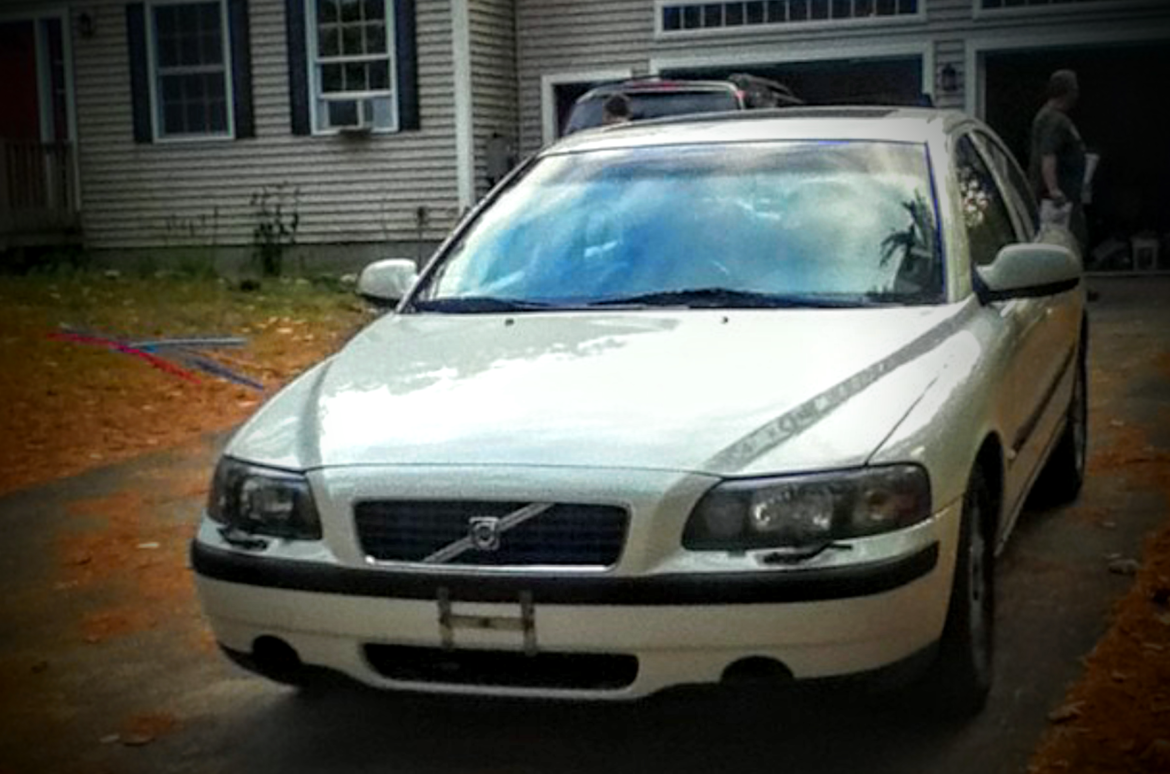 A little over a month ago, my first car broke down on the side of the road.

It was a nice 2001 Volvo S60, white-on-black leather. I had it for three years and it had served its purpose.  I noticed something was wrong when I was driving down Route 125 through Barrington and I heard a weird clapping noise coming from the back. My radio was blasting Kanye West so I decided to turn it down to see what was going on.

Then I heard a rapid clap, clap, clap. Suddenly, a light came up on my dash that said “coolant temperature low” ordering me to safely pull over. I was slowing down and parking in the breakdown lane as I looked in my rear-view mirror and saw a big black puff of smoke come out my muffler. That freaked me out. I got out of the car and called for help.

I was getting really stressed because I had just gotten my job two weeks earlier after graduating from high school and I didn’t want to be late. I knew I was never going to be on time so I called in and explained the situation.

To my relief, they were fine and I realized that everything was going to be alright. Help soon arrived and a family friend and I tried to get it started.

To our disappointment, it didn’t start and I was again stressed because I didn’t know how I was going to get to work. The man who was helping me is a saint.

He’s part of our family even though he is not a blood relative. I didn’t have to ask. He said, “Get in the truck I’m taking you to work.”

I was saved again and began to relax. I got another car a week or so later. I really enjoy it and appreciate this car more than the first, probably because I’m paying for it.

I learned two things from this situation that I want to share. Number one: Stay calm, because everything is going to be alright.

I felt like the world stopped and ended when my car broke down. Truth is life moves on and stuff happens.

Number two: Go out of your way to help others even if it interferes with your plans. The guy that came and helped me that day was busy. He had a lot of other things to do, but he felt for the situation I was in. He helped me because he wanted to do the right thing.

My message today: Keep on driving and helping others. I sure appreciated help when I needed it.