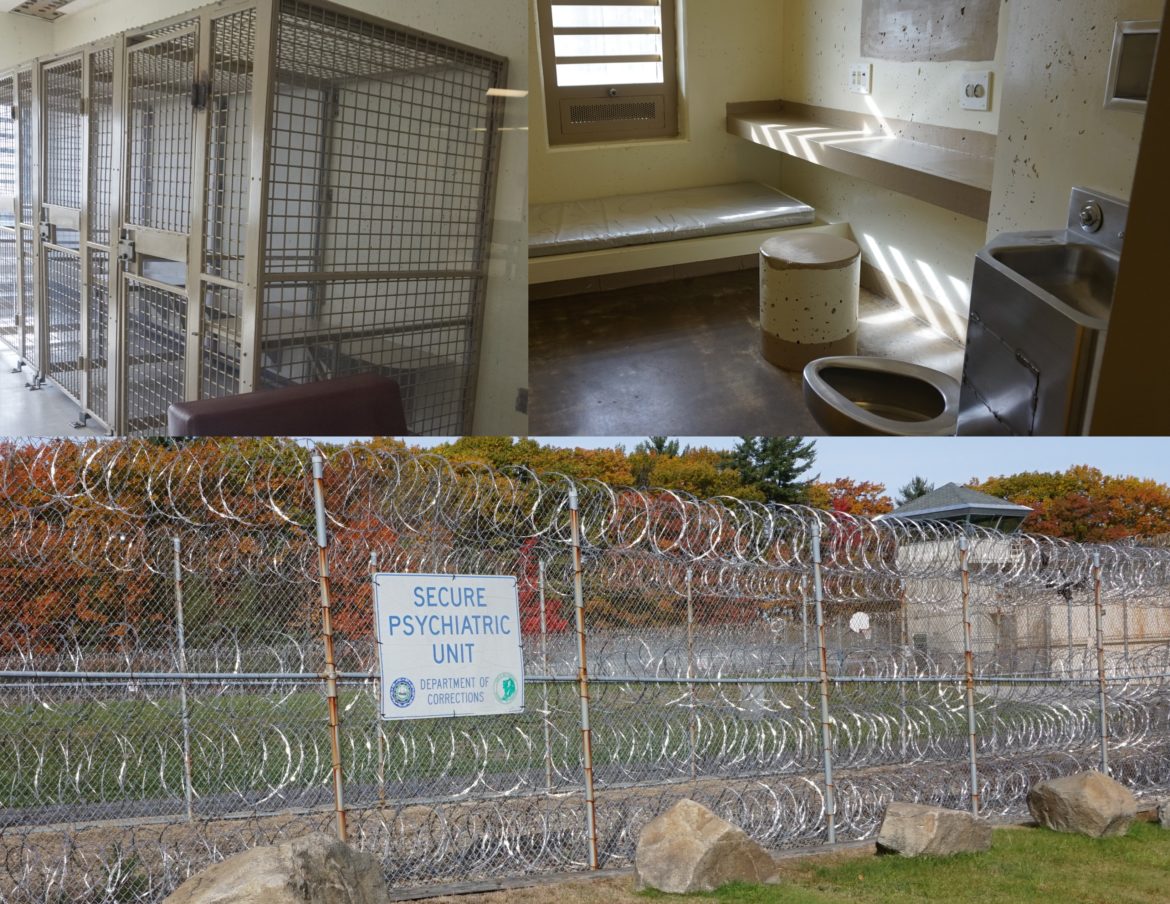 Photos taken at the Secure Psychiatric Unit at the state Prison for Men in Concord. Mentally ill people who have not been convicted of a crime are also held here sometimes. The large metal enclosures are sometimes used for group therapy. 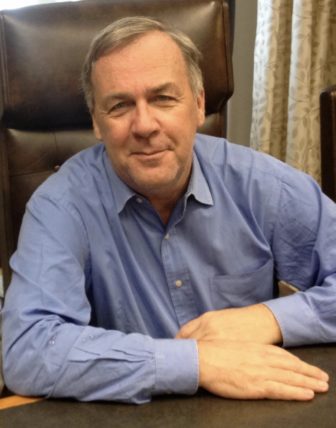 State Rep. Renny Cushing, D-Hampton, is urging the public to attend a subcommittee work session on legislation to prohibit the state from transferring persons never charged with a crime from the New Hampshire Hospital to the State Prison Secure Psychiatric Unit. The meeting will be on Wednesday, Sept. 14 in the Legislative Office Building, Room 205 at 10:30 a.m. in front of the Health, Human Services and Elderly Affairs Committee. The committee is studying House Bill 1541, which Cushing submitted last session and was held over for study.

As you may know, a dozen years ago the Department of Health, Human Services and Elderly Affairs requested legislation to deal with the problem of transferring people with a severe mental illness who had never been charged with or committed a crime but were deemed a threat to themselves or others, from the State Hospital to the State Prison Secure Psychiatric Unit. In response, in 2005 the Legislature established a Commission to Study the Location of the Secure Psychiatric Unit. (Chapter 177:84, Laws of 2005)

That Commission, headed by former Representative Joe Stone, met 17 times over two years and recommended to the Legislature that the state construct a secure multi-purpose forensic hospital, warning that if the legislature failed to do so “the continued commingling of civilly committed persons with criminally committed persons could create legal issues for the state.”

In a letter to the Commission that accompanied its final report, the recommendation was supported by then-Attorney General Kelly Ayotte, then Commissioner of HHS & EA John Stephens, and Commissioner of Corrections William Wrenn. A copy of that letter is attached here.

Unfortunately, the Legislature failed to act on the recommendations of the 2005-2006 SPU Study Commission.

In 2010 the Legislature passed a new law setting up a new study of the SPU. (Chapter 96, Laws of 2010).  I was appointed chair of the Committee to Study Establishing A Secure Multi-Program Forensic Hospital and Developing a Proposal to Expedite Construction and Operation of Such a Treatment Facility.

The committee, building upon the work of the Stone Commission, recommended construction of a new psychiatric hospital to provide treatment for persons with severe mental illness. The report concluded: “The committee believes the continued inaction will result in the treatment needs of the various populations going unmet and that a proactive effort is preferable to a solution imposed as the result of litigation and judicial order.”

Unfortunately, again the Legislature failed to act on the recommendation of the study committee it had established to address the challenges of the SPU.

A decade after the Stone Commission to study the SPU issued its findings and recommendations, the situation of commingling of prisoner/patients behind the walls of the state prison remains unchanged.

I have had numerous conversations over the years with family members of persons with severe mental illness whose only “crime” was being mentally ill, yet their loved one ended up with a prisoner number and inmate clothing inside the prison walls. It is, to me, unacceptable that the state of New Hampshire is the only state in the country that transfers people with severe mental illness who have never been charged with or committed a crime but are a danger to themselves or others from a hospital to a prison psychiatric unit.

Recently a complaint was filed with the United States Department of Justice asking for an investigation into the practice of New Hampshire of transferring innocent patients to prison setting.  I am attaching a copy of the complaint here for you to review.

I know from our shared experience that the responsibility for the status quo is with the legislature. Simply put, we failed to follow through on our responsibility to a vulnerable segment of our population. I hope in the next session the Legislature will finally take action to treat people with mental illnesses as patients, not prisoners.