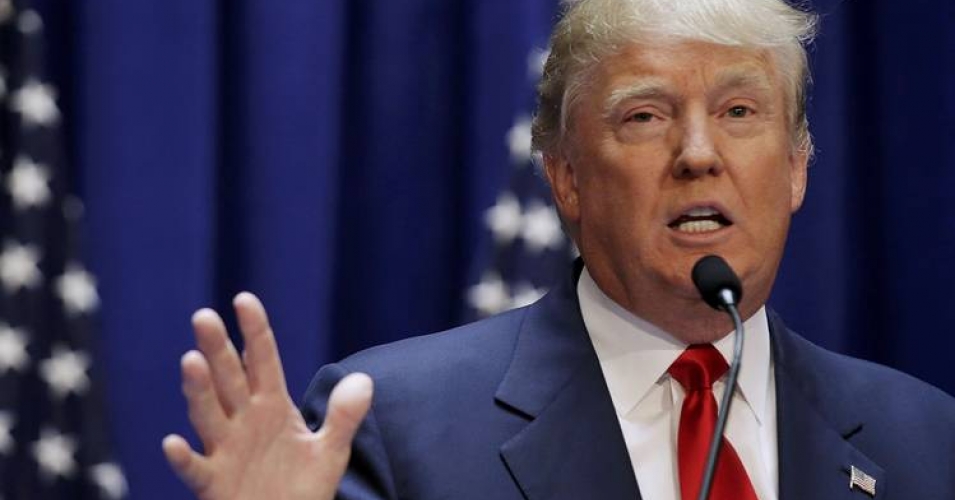 recently. And, in the case of women donors, he seems to be right. Contrary to what some might expect, women make up nearly the same share of Trump’s large donors — those who gave more than $200 to his campaign committee — as they did for the past two Republican presidential nominees.

Women accounted for 27.2 percent of Trump’s large donors as of June 30, just a little lower than 2012 nominee Mitt Romney’s 28.3 percent and 2008 nominee John McCain’s 28 percent. Historically, Republican presidential donors are mostly men. The gender disparity so far in the 2016 cycle is the largest in any presidential election since 1989, the furthest our data goes back, but not by much.

Campaigns aren’t required to report the names of donors giving $200 or less, so we can’t categorize all of Trump’s donors. But it’s unlikely that the gender breakdown of any candidate’s large and small donors are radically different.

Trump’s misogynistic comments — he once said of women, “You have to treat ’em like shit,” according to New York magazine, and statements like these have beenwidely reported in the media  — don’t seem to have damaged his image with the female GOP donor class.

Still, other evidence suggests that even though Trump’s ability to collect cash from women is comparable to that of his predecessors, he’s not doing as well with women in the electorate generally.

A study by Geoffrey Skelley at Sabato’s Crystal Ball at the University of Virginia Center for Politics notes that an aggregate of 22 national surveys shows the gap between how  men and women say they will vote is 24 percent — a record chasm. Women are leaning Democrat, while men are leaning Republican.

On the other side of the aisle, it’s likely that Trump’s opponent, Democratic nominee Hillary Clinton, has received a significant bump because she is the first woman to be nominated by a major political party in American history. The opposite of Trump, Clinton has the highest percentage of female large donors in recent history — 53.8 percent of her 199,502 large donors.

That’s a higher percentage than Barack Obama managed in either of his two campaigns, higher even than the share of women willing to help her primary opponent, Sen. Bernie Sanders (I-Vt.).

And it’s probably the highest percentage of any presidential campaign in history, said political analyst Larry Sabato of Sabato’s Crystal Ball. “Surely Hillary Clinton is the first major-party nominee ever to secure more money from women than men, Sabato told OpenSecrets Blog. “All the gender breakdowns of donors  I’ve seen over the decades show that men have been a sizable majority for White House campaigns.”

Clinton’s campaign committee has taken in $97.5 million from 119,662 women; their average donation was $815; meanwhile, 79,840 men gave $83.6 million with an average gift of $1,047. The average given by both women and men to Clinton was higher than the comparable numbers for Trump.

Historically, we see that many more men than women donate large amounts to presidential candidates. Clinton has managed to buck that trend, while Trump continues it.