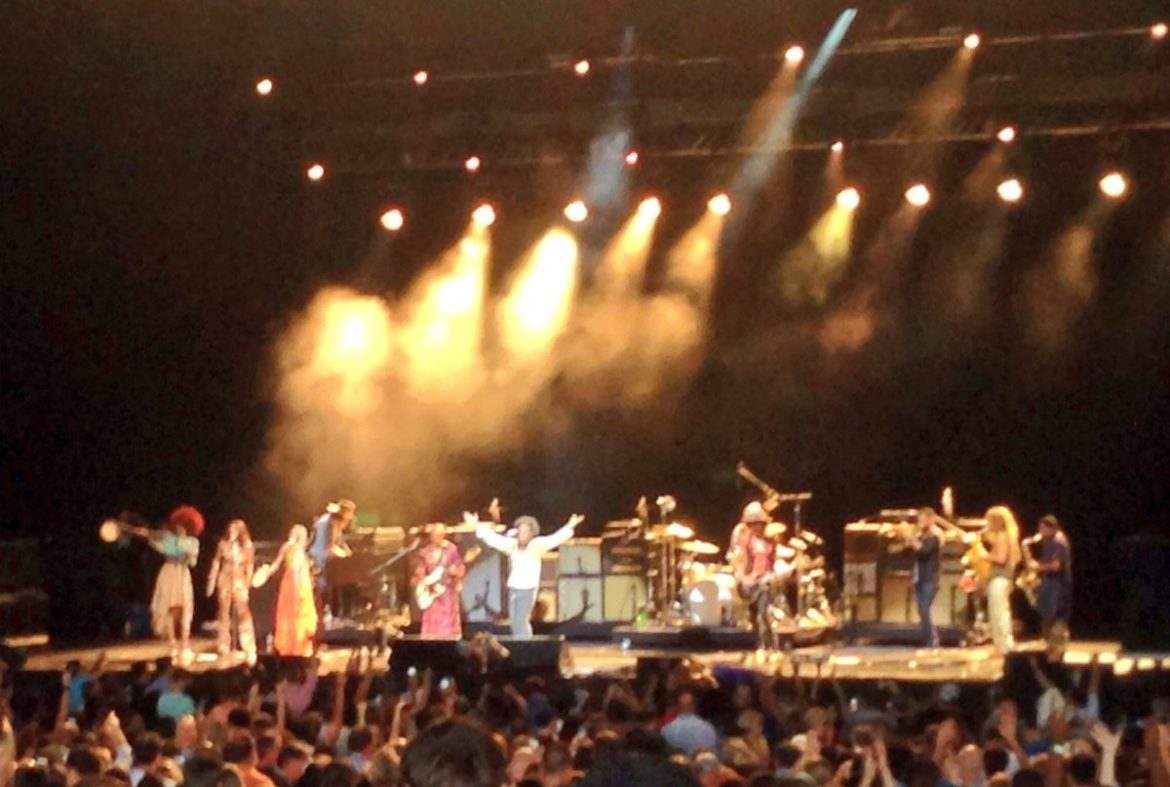 InDepthNH.org thanks the Center for Public Integrity for allowing us to post its stories 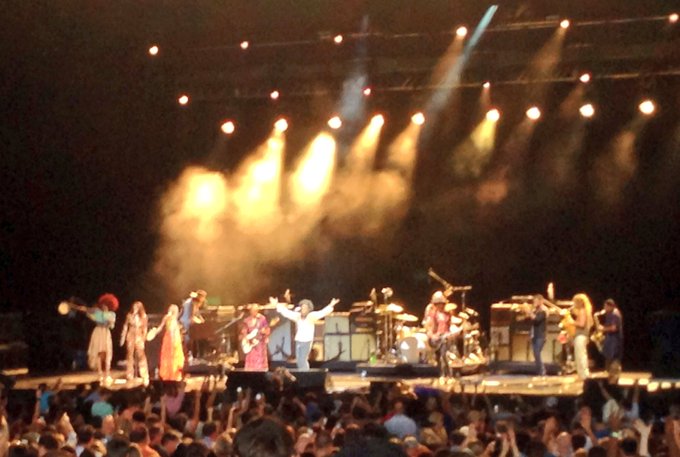 6:34 p.m., Thursday, July 28: You get some pretty unusual combinations of people at national political conventions, but a concert with headliners Lady Gaga, Lenny Kravitz and U.S. Rep. Donald Norcross of New Jersey is a new one.

Nevertheless, that’s what happened this afternoon in BB&T Stadium in Camden, New Jersey – and throw in DJ Jazzy Jeff for good measure.

Norcross helped organize the “Camden Rising” concert, meant to positively highlight the gritty city across the Delaware River from Philadelphia. Kravitz and Gaga brought the star power. Norcross made a brief appearance on stage before Lady Gaga came out to play.

Norcross touted the redevelopment of Camden and the political prospects of the man who joined him on stage: U.S. Sen. Cory Booker of New Jersey.

“Someday, we may be calling him Mr. President,” Norcross said of Booker, a fellow Democrat who, in turn, praised Norcross.

“He’s from Camden. He loves Camden. He has never given up on Camden,” Booker told the crowd, calling the concert “a party with a purpose.”

The convention host committee handed out thousands of tickets to convention attendees, filling the inside of the stadium and spilling on to its expansive lawn. Attendees wearing pins touting former Secretary of State Hillary Clinton, the official Democratic nominee, mingled with those wearing t-shirts boosting U.S. Sen. Bernie Sanders of Vermont, her vanquished primary opponent.

The concert was closed to the press, but the Center for Public Integrity obtained tickets.

Unlike many of the hundreds of exclusive gatherings and parties this week outside the Democratic National Convention and last week in Cleveland for the Republican National Convention, this concert wasn’t blanketed with logos from event sponsors — often, corporations and special interest groups with significant business before Congress and the federal government.

Organizers announced they had shuttle buses at the ready to take delegates and alternate delegates back to the Wells Fargo Center for the convention after the concert.

Kravitz opened the show with a dynamic hour-long set, coming off the stage and leading dancing audience members through the aisles.

“The answer is always, and always will be, love,” he said, before launching into “Let Love Rule.”

He was followed by DJ Jazzy Jeff and Lady Gaga, who — sporting a black cowboy hat, sunglasses, a light blue denim shirt and ripped, black jeans — kicked off her set with a version of “This Land is Your Land.”

NUNS LOBBY TO ‘MEND THE GAPS’

11:58 a.m., Thursday, July 28: They may not look like lobbyists, but a gaggle of Catholic nuns have a distinct message to share in Philadelphia.

The Nuns on the Bus, a project of NETWORK, is calling on Congress to “mend the gaps in wealth, income and access.”

On Wednesday afternoon, about three-dozen people gathered in a room in the Philadelphia Convention Center as nine of the Nuns on the Bus described how the immense gains seen by the wealthiest Americans since 1980, the modest gains seen by middle class and the decline seen by the country’s poorest citizens.

Its cause, they said: President Ronald Reagan’s implementation of trickle-down economics, reduction of the top tax brackets and clashes with labor unions.

“Policies made the mess,” said Sister Simone Campbell, the executive director of NETWORK. “Policies can fix the mess.”

It’s not that people in the top 1 percent are bad or evil, Campbell continued, but rather it’s that they are “so far away from the lived reality” of their less wealthy brethren.

The Catholic social justice group is making at least a few friends on Capitol Hill. At one point Wednesday, Rep. Rosa DeLauro, D-Conn., made a brief appearance at the event, praising the Nuns on the Bus and saying that “we are with you 100 percent.”

Lobbying records show that NETWORK spent $380,000 lobbying Congress and the federal government last year, and has spent $190,000 so far this year.

Since early July, the Nuns on the Bus bus tour has visited cities in 13 states and also made an appearance at the Republican National Convention in Cleveland. Along the way, they have been collecting pledge cards that will eventually be delivered to lawmakers on Capitol Hill.

Speaking to attendees Wednesday, Campbell stressed the importance of being engaged in 2016.

“We need you this election cycle probably more than ever,” she said. “It’s going to depend on we the people to form a more perfect union.”

11:52 a.m., Thursday, July 28: Exhausted by running all over Philadelphia in the searing heat? Twitter has a refuge for you.

On Locust Street in downtown Philadelphia, Twitter’s logos plaster the outside of a restaurant and event space they’ve converted into the #TwitterDistrict, home to free wi-fi, trays of Prosecco glasses, mini lobster rolls and other goodies.

Twitter also used the space to host panels, such as one on “Women, Power and Politics” Wednesday whose lineup included  Stephanie Hannon, the chief technology officer for the Clinton campaign.

A Twitter spokesman said the company had a similar space at the Republican National Convention in Cleveland last week. It represents the company’s largest presence at conventions so far.

11:21 a.m. Thursday, July 28: It used to be that Republicans would more or less take a week off while Democrats conducted their once-every-four-years national convention — and vice versa.

But Donald Trump’s assertion Wednesday that Russia should spy on Hillary Clinton’s emails has overshadowed some of the events unfolding in Philadelphia at the Democratic National Convention. (Democrats accusedTrump of disloyalty; Trump says he was “being sarcastic.”)

Senior political reporter Dave Levinthal today dished about this and other convention developments with WBEN-AM 930 in Buffalo, N.Y. Listen here.