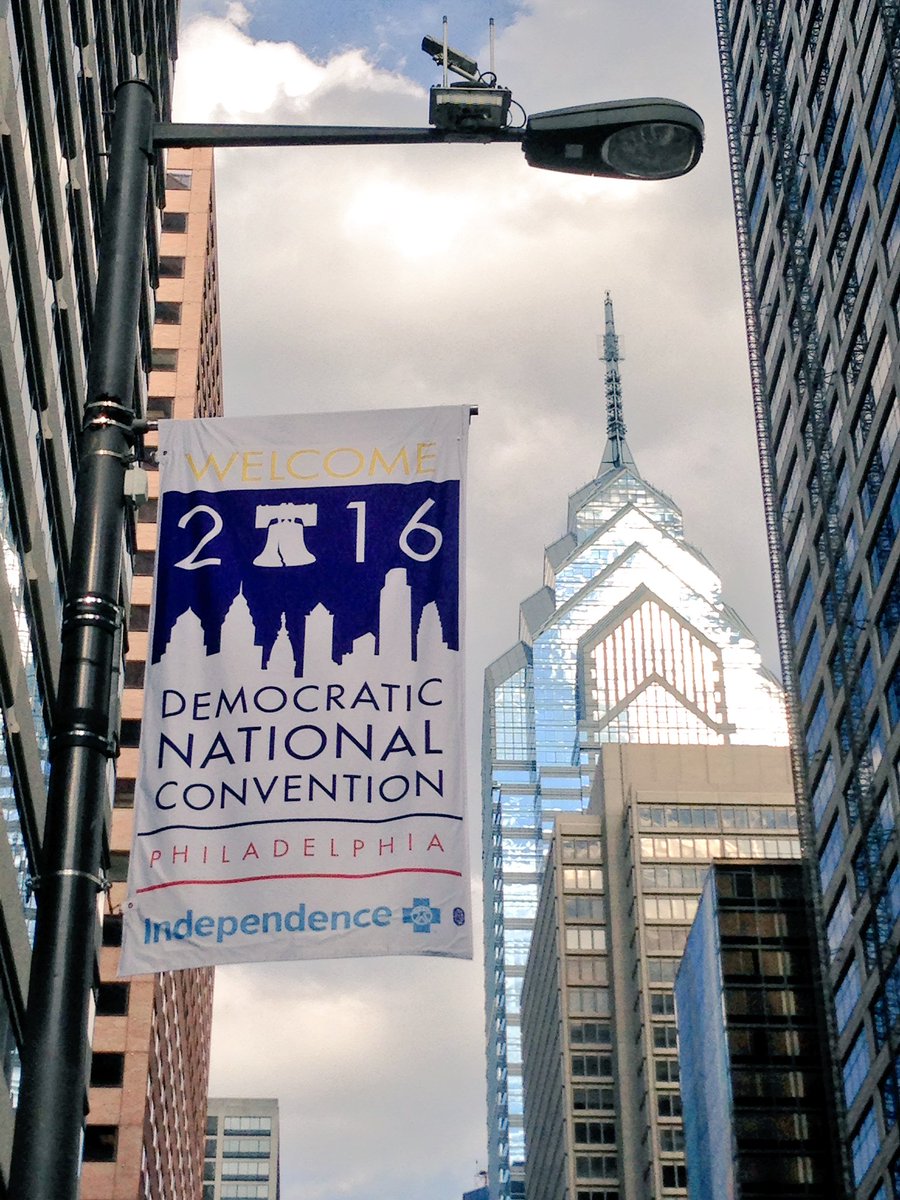 InDepthNH.org thanks the Center for Public Integrity for allowing us to post its stories

from the Democratic National Convention in Philadelphia.

Editor’s note: The Center for Public Integrity’s money-in-politics reporting team is bringing you news from the Democratic National Convention — focusing on special-interest influence, big-money politicking and corporate schmoozing. Reporters Michael Beckel and Carrie Levine are on the ground in Philadelphia. Please check back regularly as this article will be updated throughout the week. Click here to read our coverage of the Republican National Convention.

Center for Public Integrity political reporter Carrie Levine tells Arnie Arnesen of WNHN-FM 94.7 in Concord, N.H.: “There are plenty of parties, plenty of concerts and lots of events to go to — we’re keeping a very full schedule.”

TOM STEYER IS COMING FOR YOU, MILLENNIALS

7:12 p.m. Wednesday, July 27: Three-ounce glasses of Left Hand Nitro Stout and trays of pretzel rolls lined the bar. One corner held platters of fried chicken, marinated vegetables, cheese and other goodies. And the millennials were in the house.

The event at BRU, a Philadelphia bar, put together by political nonprofitNextGen Climate, was all about drawing them in. Called “#WhyWeVote: Millennials and the Election,” and introduced by environmentalist and megadonor Tom Steyer, a panel was set up “to talk about what it means to get millennials to understand the importance of your voice and your vote,” Steyer said.

The panelists were there to talk about convincing millennials to go to the polls, something that is a major initiative for NextGen Climate this cycle, Steyer told the Center for Public Integrity after the panel concluded.

“We’re trying to organize field operations for people under the age of 30 so that they are informed particularly on energy and climate, something they particularly care about,” he said. Steyer said the effort includes field and online outreach.

Steyer, who together with his wife is the top individual donor at the federal level this cycle, according to campaign finance data tracked by the Center for Responsive Politics, has given more than $31 million, nearly all of it to NextGen Climate Action Fund, a super PAC affiliated with NextGen Climate. 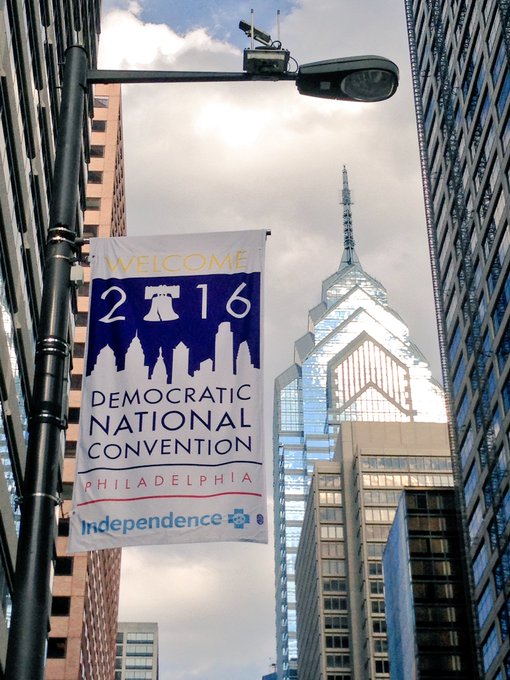 FOR LOBBYISTS, CLEVELAND ROCKS … BUT SO DOES PHILLY

WHERE THE REAL PARTIES ARE

11:44 a.m. Wednesday, July 27: While national political convention pageantry takes place inside a sports arena, the real (and often exclusive) parties — involving lawmakers, lobbyists and other special interests — are this month taking place within bars, clubs and restaurants across Cleveland and Philadelphia. 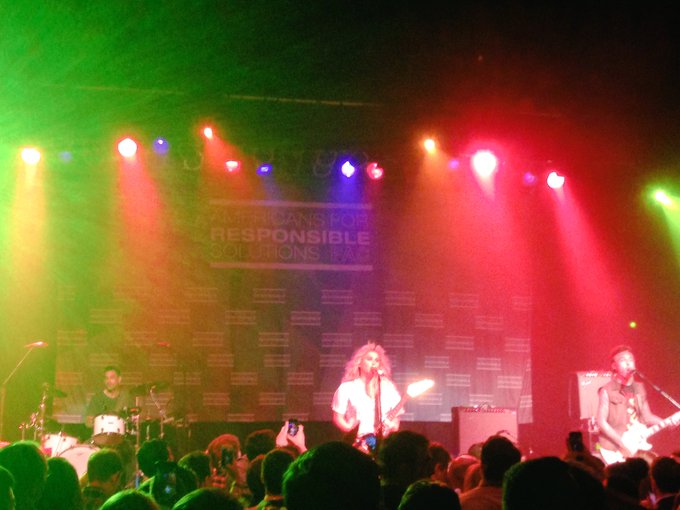 Amid performances by Kesha and the Drive-By Truckers, organizers urged the crowd at the Theatre of Living Arts to support political candidates who support stricter gun control measures.

Americans for Responsible Solutions PAC — founded by former Congresswoman Gabby Giffords, who survived a 2011 assassination attempt, and her husband Mark Kelly, a retired astronaut — calls for people to “use every means available” to ensure Congress “puts communities’ interests ahead of the gun lobby’s.”

This election cycle, the super PAC is supporting Democratic presidential candidate Hillary Clinton as well as a number of U.S. Senate candidates.

“Stopping gun violence takes courage,” Giffords told the crowd during a break in the nearly hour-long set by the Drive-By Truckers, a Georgia-based alt-country rock band whose latest albums has songs specifically dealing with gun violence and mass shootings. “Be courageous. The nation’s counting on you.”

Added Kelly: “Go out and vote on this issue.”

The party, following the Democratic Nationa Convention’s Tuesday session, was a hot ticket.

Even with one, admission wasn’t guaranteed: The venue filled up fast, with high-profile political attendees including the likes of Rep. Debbie Wasserman Schultz, who resigned as the chairwoman of the Democratic National Committee earlier this week, and Jim Messina, President Barack Obama’s former campaign manager.

By around midnight, the line outside stretched down the block and security at the door was telling would-be concert-goers they couldn’t go in until someone left.

Taking the stage about 1:15 a.m., Kesha played for roughly 15 minutes. Her brief set included hit songs “We R Who We R” and “Tik Tok.”

The music arrived after Kesha was introduced by actress Elizabeth Banks, who described herself as the “hugest, hugest fan” of Giffords and called Kelly a “national hero.” On Tuesday night, Banks also served as de facto master of ceremonies during the Democratic National Convention’s proceedings.

For her part, Kesha also added her voice in support of the Americans for Responsible Solutions PAC’s cause, saying that while we may not be able to control who feels hurt or pain in this country, “what we can control is who we give f—ing weapons to.”

Since it was formed in January 2013, the Americans for Responsible Solutions PAC has raised more than $31 million, including $3.7 million so far this year, according to disclosures submitted to the Federal Election Commission. It entered July with about $5 million in the bank, according to its most recent campaign finance filing.

Roughly half of the money the Americans for Responsible Solutions PAC has raised over its existence is from small-dollar donors who have given $200 or less, records show.

But some wealthy donors are also among its supporters, including former New York City Mayor Michael Bloomberg, Salesforce CEO Marc Benioff and the Texas law firm of Democratic super donors Steve and Amber Mostyn. All have made six-figure contributions to Americans for Responsible Solutions PAC.