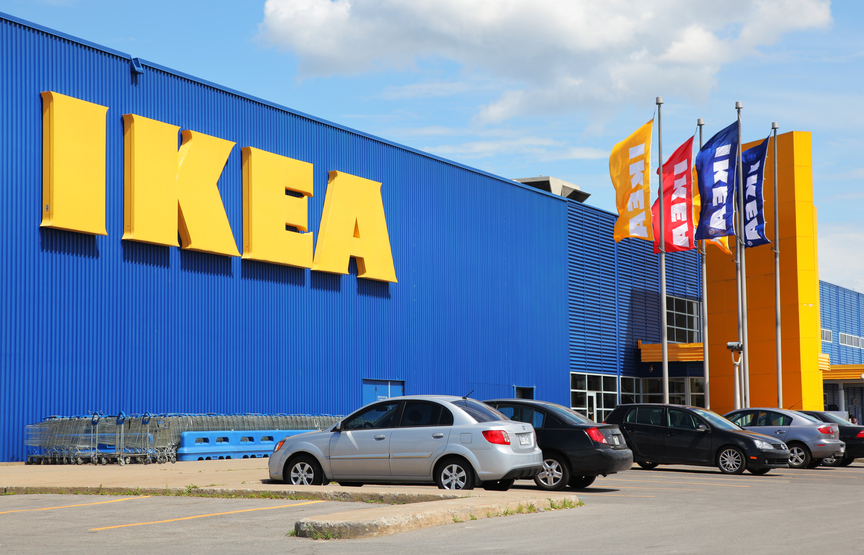 IKEA, the home furnishings giant, announced today that it is recalling about 180 models of chests and dressers that it admitted do not meet voluntary industry safety standards, including the popular MALM-style dresser, which has killed three children by tipping over and falling on them.

“The recalled chests and dressers are unstable if they are not properly anchored to the wall, posing a tip-over and entrapment hazard that can result in death and injuries to children,” IKEA said in press releaseannouncing the recall, which covers 29 million pieces of furniture sold by the retailer.

Voluntary industry standards require dresser drawers to be able to withstand the weight of a 50-pound child who climbs on the dresser without tipping over. The February death of 22-month-old Theodore “Ted” McGee of Apple Valley, Minn., who was killed when a MALM dresser toppled onto him, led consumer advocates to charge that IKEA products do not meet the standard because children at that age typically weigh less than 50 pounds.

But up until now IKEA resisted recalling any of its dressers. As reported by FairWarning, IKEA and the Consumer Product Safety Commission last July announced a repair program that included a free wall-anchoring kit for MALM dressers and other IKEA products after two children were killed in 2014 when dressers fell on them.

IKEA maintained that wall attachment is a key part of its assembly instructions, and through customer emails, paid advertisements in parenting magazines and postings on the internet, the company urged customers to anchor their furniture to the wall.

But even so, many consumers, including McGee’s parents, were unaware of the tip-over risks or IKEA’s repair program. Consumer safety advocates criticized the commission and IKEA for avoiding the word “recall” when it announced the repair program, arguing that calling it a recall would have garnered more public attention.

Advocates turned up the pressure on IKEA and the commission for a formal recall after McGee’s death. Elliot Kaye, the commission’s chairman, even threatened to sue IKEA in the wake of McGee’s death if the company didn’t do more to address the hazard.

Today, the retailer not only announced the recall, but admitted that a huge swath of its products do not meet the voluntary safety standards to prevent tip-overs.

“If you have or think you have one of these products, act immediately,” Kaye said in a statement released today. “It is simply too dangerous to have the recalled furniture in your home unanchored, especially if you have young children.”

The commission revealed today that in addition to the three deaths caused by MALM dressers in recent years, three other children were killed between 1989 and 2007 by other models of IKEA chests or dressers that tipped over.

“IKEA has worked cooperatively with the CPSC on this comprehensive and necessary recall,” Kaye said. “The company made an important commitment to us and the American public to sell in the U.S. only dressers that comply with the most up-to-date performance standards for furniture stability.  I fully expect all furniture companies to do the same.  Those failing to do so should pay close attention to the details of this recall, as they should expect to be hearing from us.”

This story reported by FairWarning (www.fairwarning.org), a nonprofit news organization based in Pasadena, California, that focuses on public health, safety and environmental issues.