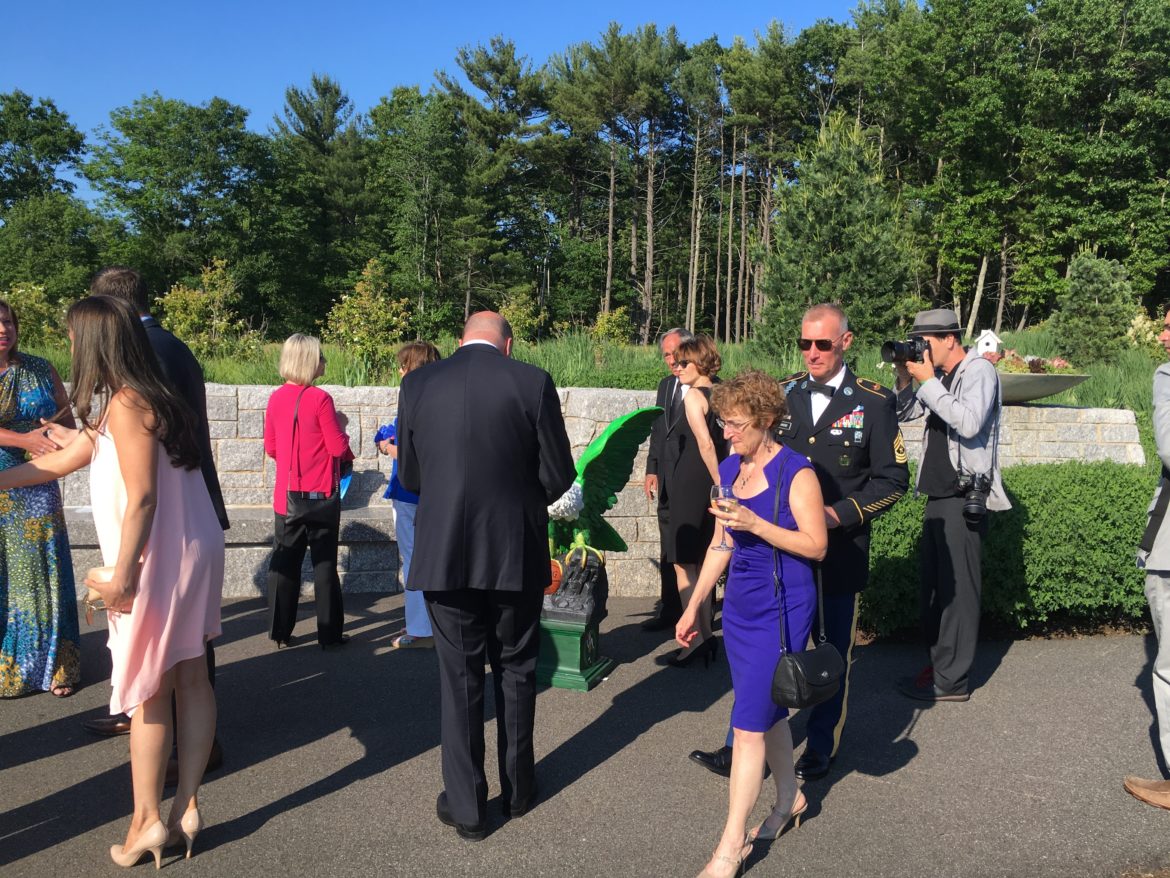 Attendees at the fourth annual Salute Our Soldiers event in Portsmouth Saturday evening. 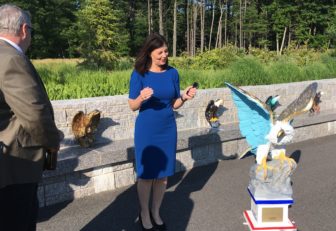 U.S. Sen. Kelly Ayotte, R-NH, is pictured speaking at the Salute Our Soldiers event in Portsmouth.

Salute our Soldiers was the theme Saturday as some 350 people attended a veteran’s event in Portsmouth. Under bright sunshine, the crowd mingled with Retired Major General Susan Desjardins, along with politicians and veterans at the Service Credit Union corporate headquarters on Route 1.

Roger Wood spoke with Gen. Desjardins, along with the State’s Junior Senator Kelly Ayotte, R-NH. Both Ayotte and Gov. Maggie Hassan were on the speakers agenda. Roger didn’t happen to cross paths with the governor, but talked to Ayotte about the weekend veterans’ event and, what’s on everyone’s mind in Washington, anti-terrorist gun control.

As for Gen. Desjardins, she has settled back in Portsmouth with her husband after a long career with the Air Force. She was among the first women to be accepted into the Air Force Academy. Invited guests included 60 plus military veterans who have served from World War II up through current conflicts in the war on terror, all of whom were recognized for their service during the event.

The evening also celebrated the Renee and Dan Plummer endowment fund, which raises money to provide help for military members struggling with substance abuse. And Veterans Count, a program of Easter Seals NH that provides emergency assistance to our military service members and their families. Ninety cents of every dollar raised for Veterans Count goes directly to New Hampshire’s military members. For InDepthNH.org, I’m Roger Wood