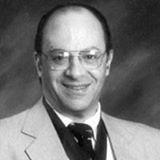 The investigation was launched after the Attorney General’s Office received notice from the Rochester City Clerk’s Office that Leeman may have committed voter fraud during the New Hampshire Presidential Primary by voting in Ward 3, where he allegedly was no longer domiciled. Leeman was a first term representative for Strafford District 23, which is comprised of Rochester Wards 2 and 3.

Leeman resides at Wellsweep Acres, which is a Rochester Housing Authority facility located in Rochester Ward 6, Strafford District 22. During the investigation Leeman told investigators from the Attorney General’s Office that the move out of his legislative district was temporary.

Leeman is accused of attempting to induce an employee of Rochester Housing Authority to provide a letter falsely stating that Leeman told the employee his move to Wellsweep Acres was temporary. Leeman is also accused of offering that same employee a substantial donation in order to expedite a transfer for Leeman from Wellsweep Acres to another Housing Authority facility in Leeman’s legislative district.

Leeman voluntarily surrendered to authorities at the Rochester Police Department and was released on $50,000 personal recognizance bail.  He is scheduled be arraigned on June 15, 2016 in Strafford County Superior Court. Leeman resigned from the legislature last Friday for reasons unrelated to this arrest.