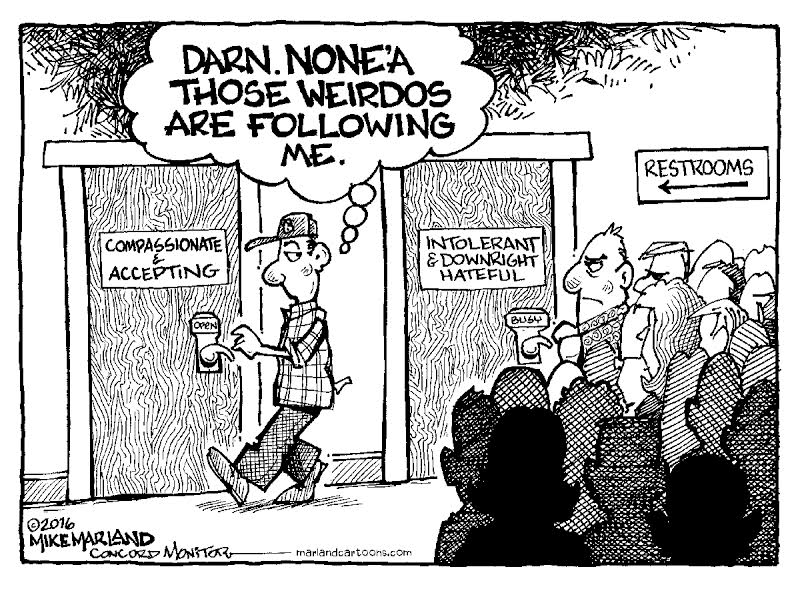 CONCORD – The New Hampshire Legislative Youth Advisory Committee, a group that was formed to research issues that matter to young people, recently invited members of Transgender New Hampshire to its meeting to share their  experiences.

Ellen Semran of Transgender New Hampshire told the committee: “It would be better to see gender on a spectrum, where there is no ‘most masculine’ or ‘most feminine’ category.”

Drew Carson, another member of Transgender New Hampshire, said, “There is more awareness and support now than in the seventies.” The committee agreed that more and more members of the LGBTQ community feel safer to come out now than they may have in the past.

Rep. Marjorie Porter, D-Hillsborough, said: “There is less of a stigma when it comes to accepting LGBTQ people today than when we were growing up.”

North Carolina’s controversial “Bathroom Bill” was a hot topic at the meeting.

“It’s about understanding, inclusivity, and finding allies,” said Semran. “Even with victories, we must always be prepared for the backlash. For example, there has been concern that parents should not be encouraging their children to question their gender,” said Semran.

Rep. Edward Butler, D-Carroll, who was also a guest at the meeting, said: “It’s about coming out and trans-visibility. Inclusive legislation needs to come before education.”

The New Hampshire Legislative Youth Advisory Committee is made up of 21 members who are a mix of politically active youth and New Hampshire state representatives who are either selected by the governor, Speaker of the House, or President of the Senate. Jordan DiTore and Rep. Carolyn Gargasz, R-Hillsborough, are the chairmen.

The committee meets next month at New Hampshire Technical Institute at 1 p.m. in Concord and is open to the public. The date is yet to be determined. More information about the committee can be reached by emailing jmaustin12@gmail.com

David Lovlien Jr. is a high honors graduate of Coe-Brown Northwood Academy. He will attend Great Bay Community College in Portsmouth for a dual major in English and criminal justice. David is an active member on the New Hampshire Legislative Youth Advisory Committee.