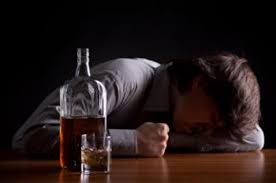 I couldn’t imagine doing anything without alcohol. It was what kept me going.

It’s what I looked forward to at the end of the day. I earned it. I deserved it. How else would I get through this, etc.

I remember very early on how my thinking was off. When I was in my early 20s and had to get a new picture for my driver’s license, the thought came to me that if I had a beer before I went to the DMV, I would have a nice smile for the picture. What?

My life went along just fine, or so I thought. I had a job. I paid my bills. How could I be an alcoholic? Drinking was as normal and natural as breathing in my family. Why would I want to stop?

It was the glue that bound me. Then I got married and had children. Life changed without my permission. I tried control drinking with and without success, mostly without. I know today that I have a chronic, progressive — and left untreated — fatal disease.

My life became unmanageable. My moral compass, as they say, was off, way off. My marriage ended in divorce.

I got into an abusive relationship and then ended it — all the while thinking my life was manageable.

How selfish I had become. Who am I? What am I doing here? How did this happen? When those thoughts entered my mind, I began to accept that I was an alcoholic. I ended up going to Alcoholics Anonymous. I listened, but just compared and didn’t identify with other people. That landed me stuck in a revolving door — in and out of AA until I had just a sliver more of a desire to stop drinking.

I had a sponsor at the time who was very gentle, but firm, and for that I am very grateful. About a year and a half into AA, my sponsor suggested that I start sponsoring women. Gulp. I said sure, but knew I couldn’t. I couldn’t because I had a secret.

I had a few beers during that year and a half and I had told nobody. Now, it was time to do one of two things, continue the lie or get honest. So I met with my sponsor the next day and told her what I had been doing and explained there was no way I could walk another woman through the 12 steps of AA.

I hadn’t enlarged my spiritual foundation. That had been my sticking point and now there was no way around it, not if I wanted serenity and a life of contented sobriety. From that day forward, I have done everything that is suggested in the program. Why wouldn’t I? My way was not working. I must always remember that this is a progressive disease. I must stay vigilant.

I attend at least six meetings a week and I now sponsor other women. Those are some of the keys to my sobriety. I have a blast with my life. I have a world full of friends and even when life throws me a curve, I am prepared for the fallout.

And when I am in a funk, I know to pick up the phone or get to a meeting. I never know what will be revealed on any given day provided I stay open and willing.

InDepthNH.org launched Breaking the Chains to give voice to people who are recovering from addiction.  Breaking the Chains also provides information about where to seek help whether your drug is alcohol or heroin or any other drug. Email nancywestnews@gmail.com to tell your story or to list recovery information. We use first names when appropriate for this column only.