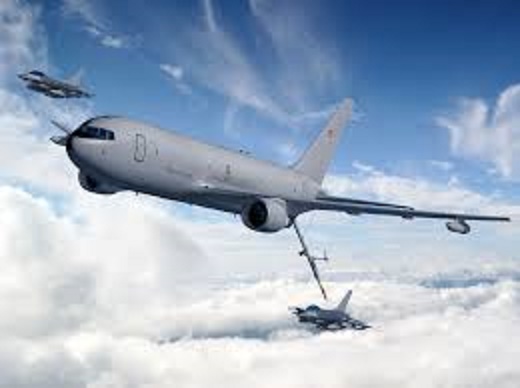 There are conflicting reports on when the new Boeing KC-46A refueling tankers will be ready for deployment.  Eighteen of the new aircraft are scheduled to be housed at Pease Air National Guard Base in Portsmouth.

They are based on the commercial 767’s and will ultimately replace the aging KC 135A’s, which still operate at the Air National Guard base.   While a Bloomberg report speculates that the first 18 won’t be delivered by the August 2017 deadline, Air Force Vice Chief of Staff General David  Goldfein sought to assure the Senate Armed Services Committee that the aircraft will be delivered on time.  The general was questioned by committee member U.S. Sen. Kelly Ayotte, R-NH.

The Bloomberg report says that the Defense Contract Management Agency has “low confidence in Boeing’s ability” to meet the August 2017 deadline. It is predicting the first 18 will come by March 2018, and that schedule could be delayed further.

The company is contracted to build a total of 179 of the planes to replace the half-century old KC 135’s, which Pease has used during recent wars to provide an “air bridge” for mid-ocean refuelings. A Boeing spokesman said that it expects to meet the delivery deadline.  The first aircraft are expected to land at McConnell Air Force Base in Kansas.  Ayotte says that Pease Air Guardsmen are ready and anxious for the new planes.