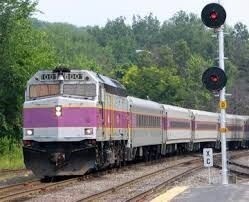 Podcast producer Roger Wood is a big fan of rail travel – long-distance and local. He and his family have often driven to Newburyport to take the MBTA commuter rail train into the city’s North Station.  And the Downeaster, operated by Amtrak since 2005, has been a big hit for riders from Boston to Maine.

Now, the question is, can the state support a rail line connecting with the existing MBTA commuter rail terminal in Lowell to Manchester.  The House Transportation Committee may start answering that question as soon as Tuesday when it considers a $4 million dollar study.

Richard Preece of the New Hampshire Rail Transit Authority joined lawmakers and other businesspeople at a statehouse news conference to push for the study.

Supporters say the line, if ultimately built, would transport some 668,000 passengers a year to four stops in New Hampshire, two in the Nashua area, one at the Manchester-Boston Regional Airport, and the last stop in the city itself.

Michael Skelton, with the Greater Manchester Chamber of Commerce, says that the study would at least determine the line’s viability.

The Legislature’s public works and highways committee may take up the study tomorrow to recommend or turn thumbs down.  Detractors say that the $4 million will only line the pockets of consultants, winding up unused on a statehouse shelf.