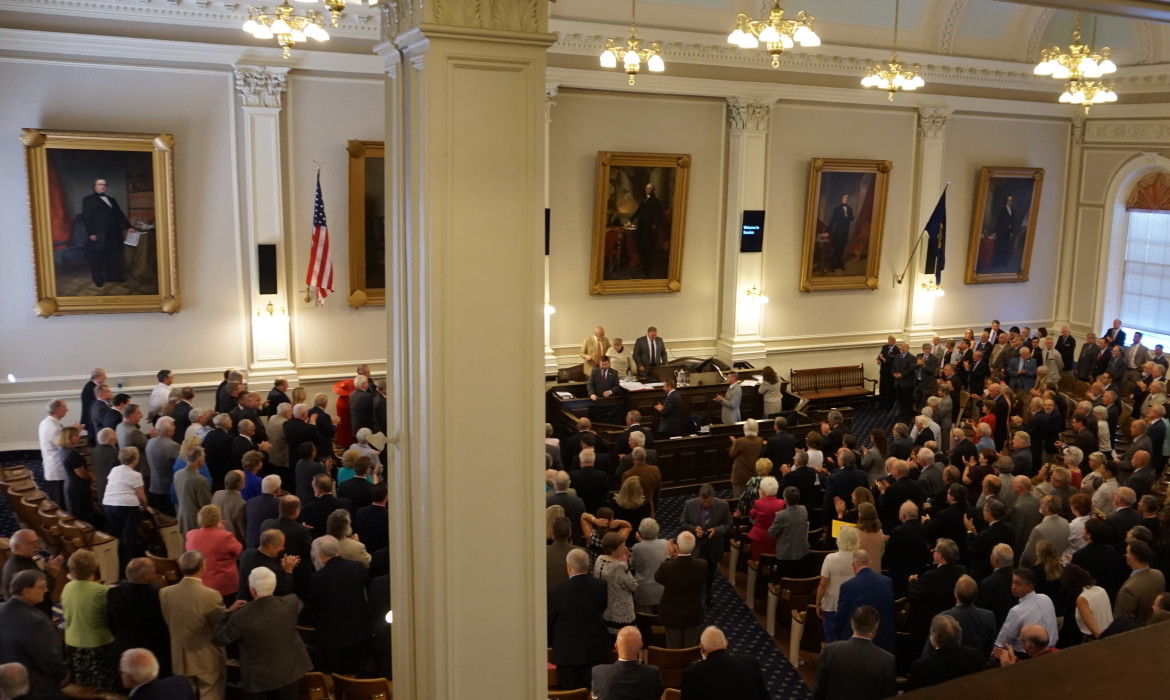 New Hampshire lawmakers at work in Concord in this September file photo.

Editor’s Note: This is the first InDepthNH.org dispatch about your right to know. Are you having trouble getting public records? Or a public official who is proud to be transparent?  Do you have an opinion about open government? Email nancywestnews@gmail.com. Today, InDepthNH.org opens a new dialogue about government accountability with a news release from the group Right To Know New Hampshire about proposed legislation aimed at promoting government transparency.

This bill will require that both public and nonpublic minutes meet the same minimum content requirements, including the names of members present, persons appearing before the governmental agency, a brief description of the subject discussed and all final decisions.  With few exceptions, the public has the right to know who attended and what transpired during a nonpublic meeting. This bill will increase your ability to exercise that right and to know the actions of your government.

House Bill 2016-H-2582 requires that when a vote is taken during a nonpublic meeting, the minutes of that meeting shall record all votes such that each member’s vote is recorded, so you, the voter, will know how your elected officials are representing you.  The law is currently vague regarding how votes are to be recorded during nonpublic sessions, allowing for the possibility that the exact voting record of each public official is not recorded.

Since the public is excluded from nonpublic sessions, any degree of secrecy in the way that our government officials vote diminishes government transparency, and accountability.  With this bill, the exact vote of each public official is required to be recorded in the meeting minutes.

House Bill 2016-H-2580 requires that when a quorum of the public body convenes for the specific purposes of strategy or negotiations related to collective bargaining or for consultation with legal counsel, a record of the meeting must be kept. The record only contains minimal information such as meeting place, date, time, and the people in attendance.  Currently, the law does not require any record be kept of such meetings.  Having no record of such meetings raises concern that our government is conducting business in secret. A simple record that a meeting took place does not jeopardize the privileged nature of these meetings, but does help to remove the veil of secrecy and provide a greater level of public disclosure and government transparency.

While there are some legitimate reasons why these agencies may exclude the public from attending nonpublic meetings, these meetings should still be sufficiently documented to ensure a record is kept of all actions and discussions that occurred during nonpublic meetings.  These three bills will help advance the greatest possible public access to the actions, discussions, and records of all public bodies.

Citizens have the right to access the documents and proceedings of their government.

Part I, Article 8 of the New Hampshire Constitution states that government should be open, accessible, accountable, and responsive.  RSA 91-A, the right-to-know law states “Openness in the conduct of public business is essential to a democratic society.”  The purpose of the right-to-know law “is to ensure the greatest possible public access to the actions, discussions and records of all public bodies, and their accountability to the people.”  Government transparency is a prerequisite for government accountability.

Please help us protect our rights to an open and transparent government by contacting the House of Representatives Judiciary Committee (email: HouseJudiciaryCommittee@leg.state.nh.us ), and ask them to support all three bills.